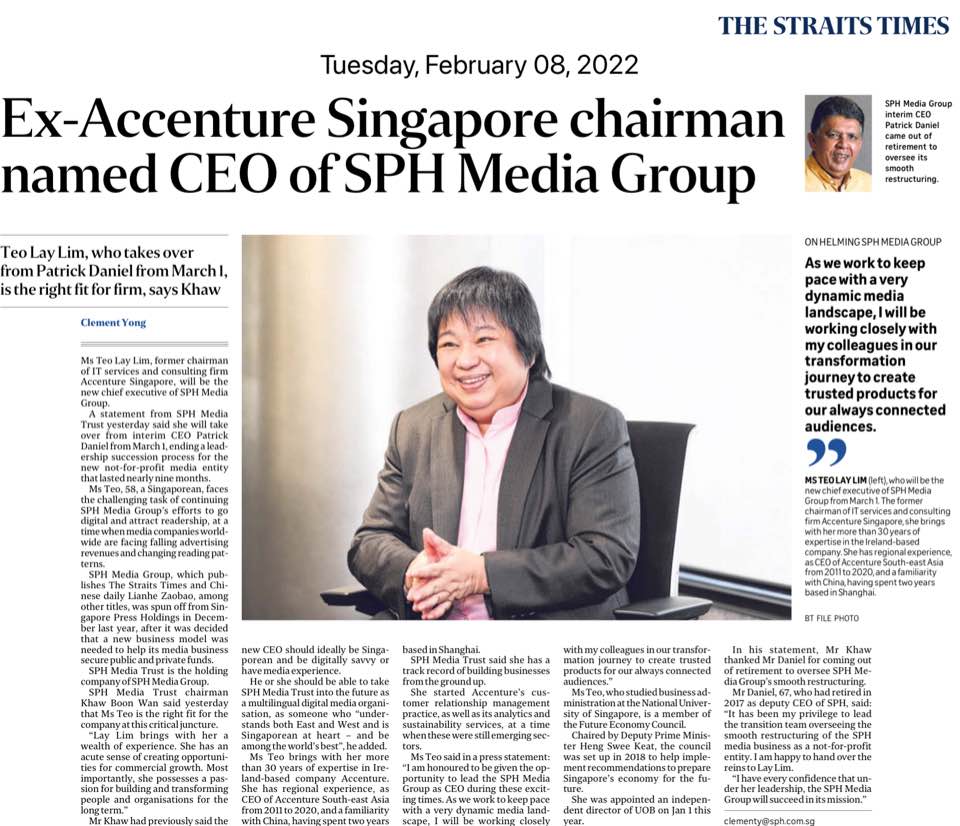 This is another press release – this time from SPH itself. Not even a few quotes from her that is not from press release or to say she will say more later. This is the problem when the media company does such things and tells its own media – just write from press release. This is not the standard for newsmakers to follow – nor journalists to aspire towards. So readers are conditioned to follow the newsmakers’ pace, and journalists just sit and wait for news to fall on their laps.

As for her appointment, I don’t know her and her expertise is more about the business than about journalism or media. I don’t hold out hope for quality improvements especially since there hasn’t been any in the last few months. I just expect more digital bells and whistles and tech being touted as the antidote even though the problem is content and the consequent dulling of the readers’ mind. Nobody, absolutely nobody, in the company in a position to change things has even acknowledged this – much less press for change.