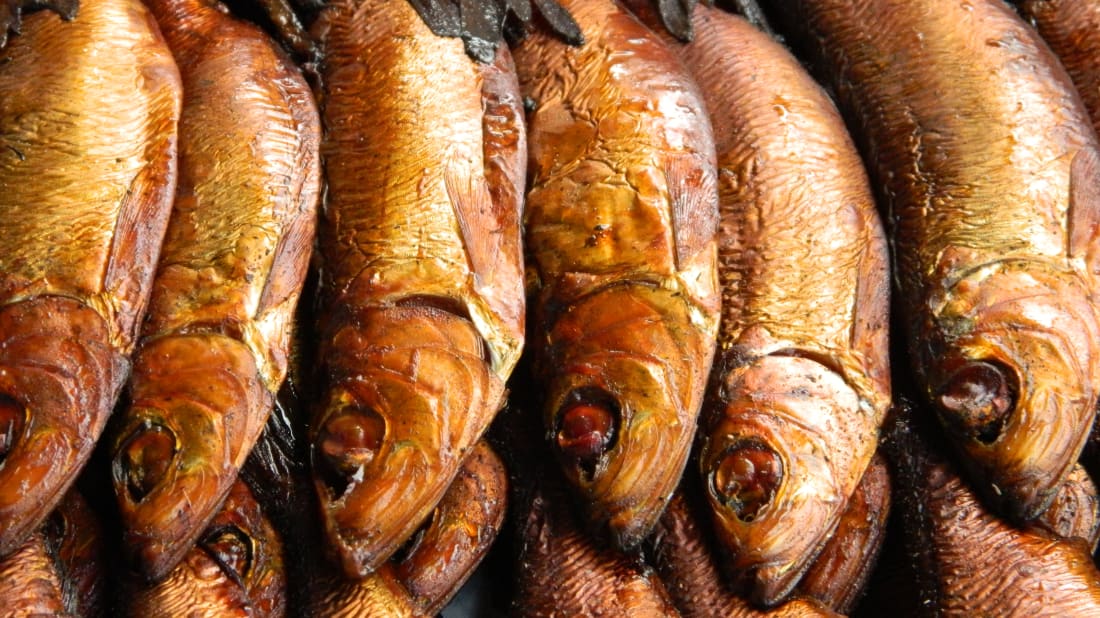 In the early 1800s, an English journalist named William Cobbett wrote a presumably fictional story about how, as a boy, he had used red herring to throw hounds off the scent of a hare. The red herring must be absolutely stinky, although I haven’t actually seen, smelt or eaten one. But red herrings (I mean the phrase) have been dished out by at least two ministers during the Budget debate last week, as part of rebuttals to Opposition MPs’ speeches.

I know that the phrase “red herring’’ is a logical fallacy, a trick to distract listeners or the opponent from the main topic at hand. It’s usually in the form of a question or a remark inserted into a discussion, intentionally or unintentionally, to sidetrack from the discussion. So I scratched my head when Finance Minister Lawrence Wong used it in his round-up Budget speech.

He said: “We have shared extensively about our needs and plans, and will continue to put out more information, where necessary. But I cannot help but feel that the persistent requests for more information are red herrings – they are distractions from the key problem at hand.”

To put it in context, he was peeved that people were complaining about lack of information regarding the reserves or fiscal projections. While reserves remain a State secret for security reasons, he maintained that there was enough information given out for people to decide on the appropriate fiscal options.

To put it plainly, I don’t think the Government should characterise any request for information as red herrings. Rather, it should respond to the request at hand and leave it to listeners and observers to decide how to assess the new information. It would have been better for Mr Wong to ask what information was needed, so long as they don’t have to do with the size of funds managed by the GIC. And to give answers

I snigger when the G talks about how it is information-friendly. Just look at the many oral and written parliamentary questions asked by MPs which have to do with data because they are not publicly available nor “searchable’’, like details on executions in Singapore.

Is it a case of “ask and it shall be given’’? I am quite sure that even MPs seeking information, besides journalists, know that this phrase is more biblical than real. Information, when given, is sometimes in the form of rough estimates, ranges and categories that are wide enough to accommodate a bus.  They required yet more requests for clarification.

Underlying this hesitation is the suspicion that the questioner is up to no good and would use the new information in unflattering ways. It is equivalent to the famous phrase used once by Education Minister Chan Chun Sing: What is the point of your question?

I was glad therefore that Leader of the Opposition Pritam Singh took umbrage at the phrase Mr Wong used. According to a TODAY report, Mr Singh said that having information on projections would result in more fruitful debates.

“Somehow when the opposition asks questions about revenue and expenditure projections, these are red herrings, but it can’t be so.”

He asked about the impact of the new international corporate tax regime on Singapore’s revenue projections. Mr Wong said he was reluctant to put out figures at this stage as the tax regime was still being discussed.

The TODAY report added: But in the spirit of providing more information, he (Mr Wong) said the Government will see if it is possible to provide a range of estimates about what the impact would be.

As for Mr Singh’s objection to the use of red herrings, Mr Wong replied: “I was sharing my feelings about these repeated requests for information as perhaps distracting us from the real issues.’’

It was a very slight refinement from his original statement and, of course, he had the last say on the matter: “I hope he also takes what he said seriously that the opposition will also exercise leeway in recognising that these projections in the outer years are inherently fraught with a great deal of uncertainty.’’

Manpower Minister Tan See Leng used the red herring phrase in his speech as well, his third time since July, and once again in response to his most persistent critic, NCMP Leong Mun Wai.

“We get the sense that the persistent requests coming from him for more information are red herrings. They are distractions from the key problem at hand.”

On Friday, Mr Leong criticised what he saw as MOM’s reluctance to differentiate employment data by categories of “original citizens”, “new citizens” and PRs, and the decision to “lump all the figures” under one grouping of “locals”.

Speaking in Parliament in September, Dr Tan said the number of local professionals, managers and executives (PMEs) had grown by more than 380,000 from 2005 to 2020. But the Progress Singapore Party’s other NCMP Hazel Poa contended that a portion of these jobs could have been due to PRs taking up citizenship and foreign workers becoming PRs.

Mr Leong had repeated this argument, saying that most of the 380,000 increase was “not a real increase” as it would have been due to new citizens and PRs.

He said: “I’ve also alluded, at that particular point in time, that as a society, we should not constantly be drawing such lines.

“Many of our new citizens and PRs share family ties with Singaporeans, or they’ve studied; they’ve worked; they’ve contributed and they have also lived here for some time.’’

In other words, he won’t give the breakdown because he doesn’t think it helps social cohesion to do so. It would make people focus on the separate numbers instead of the big picture of increasing employment.

I understand the underlying sentiment, but I do not appreciate such nannying. Is the G trying to shield us from our baser selves? Would keeping silent about the numbers make the question go away or actually increase suspicions that the G is paying lip service about developing a local core? We don’t have the Freedom of Information Act, but we should at least have the freedom to ask questions, even if the answers would make people uncomfortable.

Mr Leong’s question is a logical one, especially if it is in response to the G’s insistence that the locally born-and-bred have benefited most from our manpower and economic policies. If numbers prove “unfavourable’’, then it is for Dr Tan to defend them and persuade the population to his side. If Mr Leong makes hay of the numbers to the exclusion of everything else that is important to the discussion, then call him out.

I know that some people will say that Mr Leong’s questions are fishy and intended to score political points by painting his party as pro-Singaporean (born-and-bred), but I worry about the G’s attitude towards those who ask for information. They shouldn’t be dismissed as throwing red herrings in the path. To describe them as doing so is, in my view, a red herring.

By the way, you can’t fish for red herrings. They’re actually greyish-blue and only turn red after being “smoked”.

A Cabinet pick or a 4G choice?

I didn’t think that the Prime Minister was as sure-footed at today’s press conference as he had always been. We know the man. He speaks...

Wong came at the right time

I first met Mr Lawrence Wong more than 10 years ago when he was a political newbie from the 2011 general elections. It wasn’t...

The G spot – on town councils

So we were treated to a spectacle in Parliament recently with the Workers’ Party having to defend its management of the Aljunied-Hougang-Punggol East town...

Relating to the related third parties

I wonder what sort of Valentine’s Day Mr Danny Loh and Ms How Weng Fan are having today? It can’t be comfortable for the...