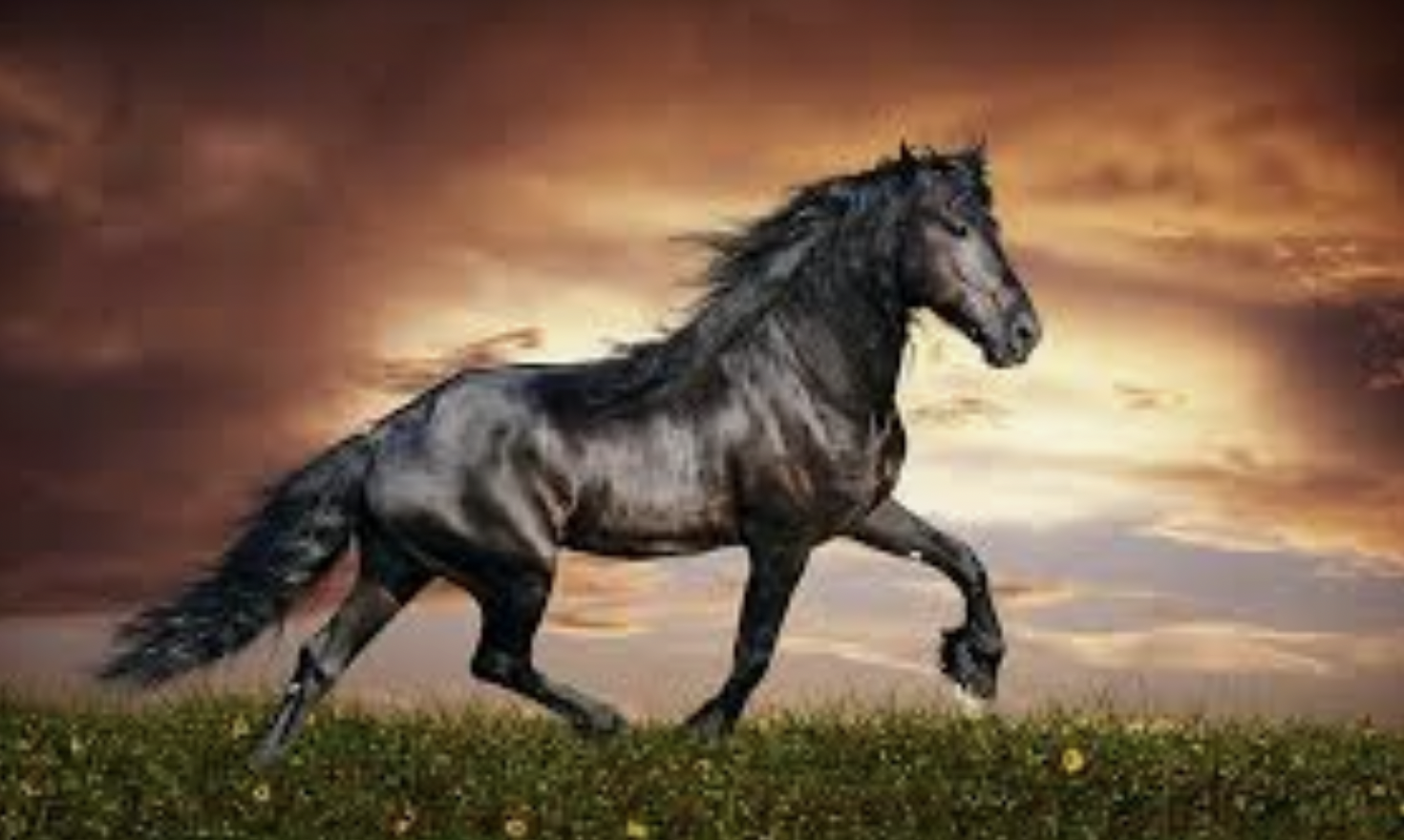 I first met Mr Lawrence Wong more than 10 years ago when he was a political newbie from the 2011 general elections. It wasn’t a good first impression.

In a speech at an event at a regional library the next year, the new Minister of Culture, Community and Youth described Harry Potter books as works of science fiction. That was an unforgivable faux pax in my book. My brows, however, have become less furrowed since.

Who would have thought this quiet man would have usurped his better-known peers to become first among equals?

When I described Mr Wong as a dark horse who won the race on my Facebook timeline this morning, some people argued that it was, in fact, a familiar horse. That might have been the case after he started shining in the spotlight of the Covid-19 pandemic – but he was never in the running before, at least in the eyes of political observers.

In fact, his name sort of disappeared after the first flush of post-GE2011 media reports suggesting that several “fresh faces” would have a shot at the role of prime minister. At that time, besides Mr Wong, the list included Mr Chan Chun Sing, Mr Tan Chuan-Jin and Mr Ng Chee Meng, all three of whom were drawn from the Singapore Armed Forces, as well as Mr Heng Swee Keat.

Mr Wong and Mr Heng were both policy wonks but Mr Heng was the more senior person in both age and experience. The leadership’s confidence in Mr Heng was demonstrated when he was appointed a full minister almost immediately. The rest started from the metaphorical bottom as junior ministers.

When GE2015 came around and Mr Ong Ye Kung was elected, the calculus changed further to accommodate yet another front-runner. The chatter on political renewal was confined to the future prospects of  Mr Heng, Mr Chan and Mr Ong.

Political observers had a great time speculating about factions and so forth and the tardiness of the 4G leadership in appointing their leader. But all was settled by 2020 when Mr Heng was made first assistant secretary-general of the People’s Action Party, and elevated to Deputy Prime Minister.

And we all know what happened during and after GE2020. PM Lee Hsien Loong said he would be staying on beyond age 70 to see through the pandemic. Mr Heng said he was making way for a younger person with a longer runway to prepare for the top job. That was in April last year.

The announcement yesterday of Mr Wong as “the leader of the 4G team’’ didn’t come after the usual mechanics of a PAP conference of cadres called upon to select a new Central Executive Committee. Perhaps, the timing of the next meeting, at the end of this year, was deemed a little late in the day.

I had expected a statement from the 4G ministers on their choice of leader, just like they did in response to former PM Goh Chok Tong’s admonition in 2018 that they were dragging their feet. In fact, given the constant reminders to the public that the 4G leaders had to make this decision for themselves, it looked to me like the most appropriate manner.

Instead, the announcement came in the form of a statement from the Prime Minister and secretary-general of the PAP. PM Lee said he had asked chief trouble-shooter Khaw Boon Wan, former chairman of the PAP, to “facilitate a new consensus’’ on a 4G leader. I was gob-smacked. To think that after so long, the 4G leaders have yet to coalesce around a person who is not Mr Heng?

So Mr Khaw took to sounding out “the Ministers’’ as well as Speaker Tan Chuan-Jin and labour movement chief Ng Chee Meng personally and confidentially. The statement said that the PM and senior ministers Tharman Shanmugaratnam and Teo Chee Hean were left out of this process, but did not make clear if Mr Khaw’s list also included the junior ministers such as ministers of state who would rank as 4G leaders.

The statement said: “Mr Khaw found that the overwhelming majority of those consulted, supported Minister Wong as the leader.’’

If I take this to be a fact, then I congratulate the PAP for not sugar coating its choice as the outcome of a consensus or a unanimous one. The statement went on to say that Mr Khaw briefed the Cabinet, Speaker and NTUC leader, and they endorsed Mr Wong. The PAP MPs endorsed him too when they were briefed later.

What would I give to have Mr Khaw reveal the details of his mission, like who said what about whom and who was implacably for and against whom and who needed persuading to name their main man (or woman)?  But it’s unlikely that the hermetically-sealed cauldron that is the PAP would give away such secrets – at least not so soon. If it does, it is probably to dispel doubts about any opposition within its ranks.

In my view, the logical choice would have been Mr Chan Chun Sing, given that he is PAP second assistant secretary-general and publicly touted as Mr Heng’s Number 2.

Not that any one of us has a say in who becomes Prime Minister.

Face it, all so-called predictions are based on perceptions of the public profile of the supposed “candidates’’. The tea leaves are really the number of high profile appearances in the media, the type of jobs they hold and the weight of the speeches they make. The stage, therefore, was set, and it was for them to stand up to scrutiny.

In this case, Mr Wong surprised with his deft handling of the Covid-19 crisis. The man known more for crushing people’s hopes of a HDB en bloc windfall and decaying HDB leases and who was part of a “secret’’ ministerial committee looking at the Oxley Road home of the late Lee Kuan Yew, turned out to be a good political communicator, exhibiting both the tough and soft sides of himself.

At the time of the appointment of the multi-ministry task force on Covid-19 in January 2020, I wondered if Mr Heng had been served a bad hand by merely being appointed an “advisor’’ to the MTF. Even though he gave three big Covid-19 Budget speeches, unlocking the nation’s reserves in the process, they can’t be compared to the nearly daily press conferences which pushed Mr Wong into the public eye. In fact, Mr Wong was elected for the first time into the PAP CEC only in 2020, which shows you the low profile he maintained even though he had been in politics for as long as Mr Heng and Mr Chan.

When Mr Ong Ye Kung became Health Minister and was made co-chair of the MTF in April 2021, it seemed like the race had intensified. I think Mr Ong had a difficult job as the portfolio involved implementation of safety protocols, medical science, manpower, logistics and life and death issues. He came into the picture when the spread of the virus was accelerating, which put more pressure on the healthcare system. Although he was thrown in at the deep end, I thought he did swimmingly.

Mr Wong, on the other hand, segued quite naturally into the role of Finance Minister. He had been the Second Finance Minister since 2016, and would probably have learnt everything he needed from his predecessor, Mr Heng. I think he also learnt that the Budget speech must be relatable, shorn of jargon and easy to understand. He earned much kudos for his maiden Budget speech.

Then, this man who had been under the radar for so long started making the rounds of forums, talking about race and even doing a Mandarin session on the Budget organised by Lianhe Zaobao. We started to hear more about his guitar-strumming skills and see him in action on (the real) stage.

Reading the tea leaves, he is the man of the moment.

Mr Wong starts his latest journey with plenty of goodwill from the people. They like his forthright manner. They like the way he answers questions firmly and articulates his thoughts. More know about his neighbourhood school credentials – they give hope to those whose children aren’t on the gilded path.

I am glad that a decision has been made on who will be the next PM and I hope this won’t be derailed by any event. PM Lee said he would need to adjust the Cabinet appointments to reflect the changes. I’m guessing that it’s nothing less than the post of Deputy Prime Minister for Mr Wong. As for the rest of the line-up, we will be reading the tea leaves again to see who Mr Wong thinks should be his own Number 2.

The statement had an interesting conclusion: “This decision on succession is a crucial one for Singapore. It will ensure the continuity and stability of leadership that are the hallmarks of our system. The Ministers recognise that the right to lead cannot be inherited. Mr Lawrence Wong and his younger team will continue to give their best to Singaporeans, and justify their trust and support.’’

I had thought that GE2020 would be framed as a mandate for Mr Heng, but the PAP fought on the basis of which party could see Singapore through the Covid crisis. Maybe for the next GE, the PAP will put its choice of leader to the people. That is, after Mr Wong has balanced the budget which is a constitutional requirement.

It remains for me to congratulate Mr Wong – and wish him the best. May he wave his wand as handily as Harry Potter, for the betterment of Singapore. BTW, I am not indulging in fantasy. Not even science fiction.

A Cabinet pick or a 4G choice?

I didn’t think that the Prime Minister was as sure-footed at today’s press conference as he had always been. We know the man. He speaks...

It’s a sign of how starved of political excitement we are that an announcement of a likely slate of People’s Action Party candidates for...

In the early 1800s, an English journalist named William Cobbett wrote a presumably fictional story about how, as a boy, he had used red...

Caught in the middle: Residents in AHPETC

What do you think? Can you live with the consequences of your vote? So if your town council runs out of money, you will...