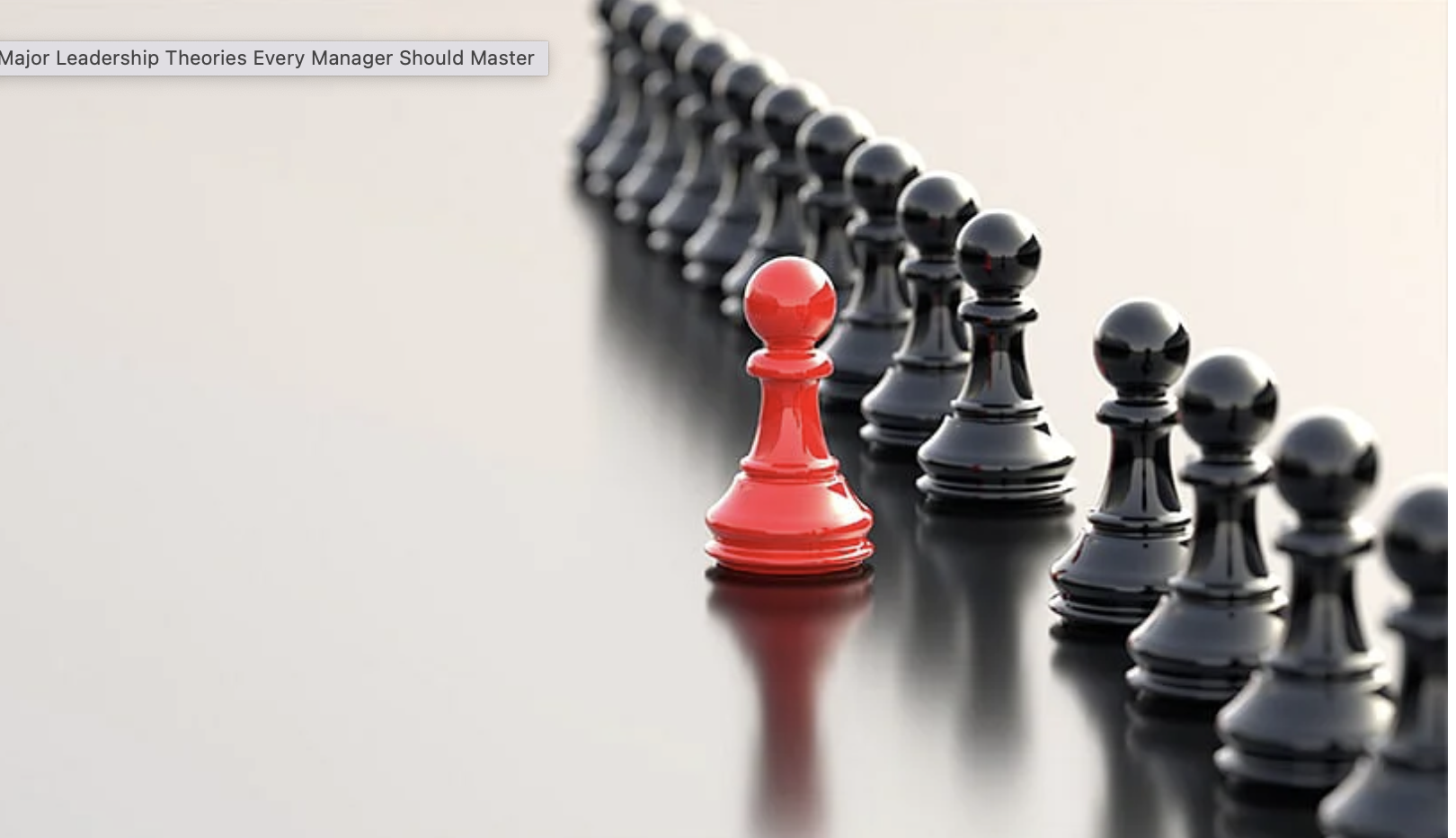 I didn’t think that the Prime Minister was as sure-footed at today’s press conference as he had always been. We know the man. He speaks flowingly, no stops and no mumbling. But he was rather more hesitant and super careful this time, especially when questions were about the rather peculiar process he instituted for picking the leader of the 4G team.

So Mr Khaw Boon Wan was assigned as the “outside insider’’ to facilitate this decision-making process. I didn’t expect Mr Khaw to give the numbers on how the “voting’’ went, but he revealed that an overwhelming majority of 15 out of 19 people picked Mr Wong as their choice. The rest picked two other names, each securing just two votes. (PS. Leaving out Mr Wong who can’t name himself, it should be three people didn’t pick him. I wonder who was his choice then…)

Mr Wong was therefore not everybody’s favorite. Responding to a question, Mr Wong said he didn’t feel any pressure because of this. Instead he made it clear that when the results of Mr Khaw’s one-to-one personal interviews were presented first to the Cabinet and then the MPs, the decision was unanimous.

I thought it was magnificent of the leadership to be so candid about the results. In fact, it would have been quite startling if Mr Wong was everybody’s favorite – or it wouldn’t have required Mr Khaw’s intervention in the first place to gather a consensus.

PM Lee said getting Mr Khaw into the process would encourage “candour and objectivity yet without impairing mutual relations and trust among the team’’. Then concerns could be surfaced without it being “a personalised ‘I like you, I don’t like you’ matter’’. Personal preferences, ambitions and biases could be put aside when the issue of who will lead is considered in a “dispassionate, almost Zen state of mind’’, he said.

In other words, the 4G leaders needed help.

Whether Mr Wong got the overall majority or not, what was more interesting was the participation of more senior Cabinet ministers in the selection of a 4G leader. They had a say too, even though we have been conditioned to think that this would be a 4G-only decision. Leaving out the PM and two Senior Ministers, the other 17 were interviewed. Among the 17 are those who are already pretty long in the tooth, like Law and Home Affairs Minister K Shanmugam, Defence Minister Ng Eng Hen, Trade and Industry minister Gan Kim Yong.

PM Lee said that the views of Cabinet members were important because they formed the core team. Except that they are members of his team, rather than the next Prime Minister’s. I would have thought that more of the younger leaders would be canvassed for views since they would be Mr Wong’s peers. The good thing about the Cabinet list, however, was the inclusion of  newly promoted ministers like Messrs Tan See Leng, Edwin Tong and Maliki Osman.

Perhaps, having more senior hands in the mix added some “stability’’ to the selection process, which had already been derailed and postponed.

I wonder what the junior ministers thought of the process. I had a look through the names of the 16 people who signed off as the 4G team in their response to former Prime Minister Goh Chok Tong’s missive to get a move on picking their leader in December 2017. (By the way, it did not include Mr Tong and Mr Maliki.)

Four junior ministers in the 2017 list were not consulted.

Besides the 17 Cabinet ministers, Speaker of Parliament Tan Chuan-Jin and NTUC chief Ng Chee Meng, who is not an MP, were interviewed as well. PM Lee justified their inclusion by saying that they were part of the group which had settled on Mr Heng Swee Keat two years ago.

It’s not a good reason because it is likely that Messrs Janil Puthucheary, Koh Poh Koon, Chee Hong Tat and Ms Sim Ann (the four juniors) would have been in that particular pow-wow too. If Mr Khaw had widened his net to include junior ministers and parliamentary secretaries who would have a couple of general elections to go, would he have been able to give the same voting numbers?

I also wondered what the PAP members thought about the process. There was not a single mention of the involvement of the party members, except for PM Lee noting that he spoke about political succession at the last party convention.

I looked at the 16 CEC members and found two who were not part of the list, MP Alex Yam and former candidate Victor Lye. I guess Mr Khaw’s mandate was pretty limited, to just the Cabinet sans three members, and two more. Interestingly, both PM Lee and Mr Khaw used the term “stakeholders’’ to describe the list.

As I noted in my earlier column, the next round of CEC elections are due at the end of this year. Maybe this was considered too late for a PM-anointed to have a long enough runway before take-off. While PM Lee and Mr Wong kept talking about not taking the mandate of the people for granted at the press conference, they left out the people who are the backbone of the PAP, especially the cadres. It goes to show how the identity of the Cabinet and the party appears to have merged even in the consciousness of the leaders. I personally believe it doesn’t bode well for a political party to be so casual or over-confident of its party base. If not substance, let there be form at least.

Of course, a question on who would be Mr Wong’s Number 2 was posed. At his anointment, Mr Heng had made it clear that Mr Chan Chun Sing would be his deputy. The People’s Action Party’s pecking order duly reflected this at the party conference in 2018, with Mr Heng as first assistant secretary-general and Mr Chan as the second assistant.

Rather tersely, PM Lee said that this round was to pick the next Prime Minister. The last time, they “wanted a pairing’’.  ‘Nuff said.

So it seems Mr Wong has time to decide on who should be his side-kick, perhaps by the party conference.  While his own anointment has generally been well-received and even expected, the post of Number 2 looks wide open.

Mr Wong was his usual affable and wry self at the press conference. He parried off a question about whether he would be leading the party in the next general election in 2025, or try to secure a mandate with an early election. PM Lee quipped that the media was surely not expecting him to answer the query. The upshot from both men: Nothing has been decided on that front.

Mr Wong also said at another point in the press conference that future elections would be about which party would form the government, “not just how many seats the opposition wins or what percentage of votes the ruling party gets’’. I took it to mean that neither seats nor vote percentages should be used to demonstrate whether he had a strong mandate or not. Smart move.

As for what people can expect from his leadership, he said he recognised the increasing diversity of experiences and perspectives among Singaporeans. He let fall that there would be a comprehensive review of policies under his charge.

I would add that he should look quickly for a 5G leader and start building a runway for the person. This particular political renewal process was long and unwieldy, with too many twists and turns. May his own runway be a smooth one.

Wong came at the right time

I first met Mr Lawrence Wong more than 10 years ago when he was a political newbie from the 2011 general elections. It wasn’t...

It’s a sign of how starved of political excitement we are that an announcement of a likely slate of People’s Action Party candidates for...

In the early 1800s, an English journalist named William Cobbett wrote a presumably fictional story about how, as a boy, he had used red...

Caught in the middle: Residents in AHPETC

What do you think? Can you live with the consequences of your vote? So if your town council runs out of money, you will...