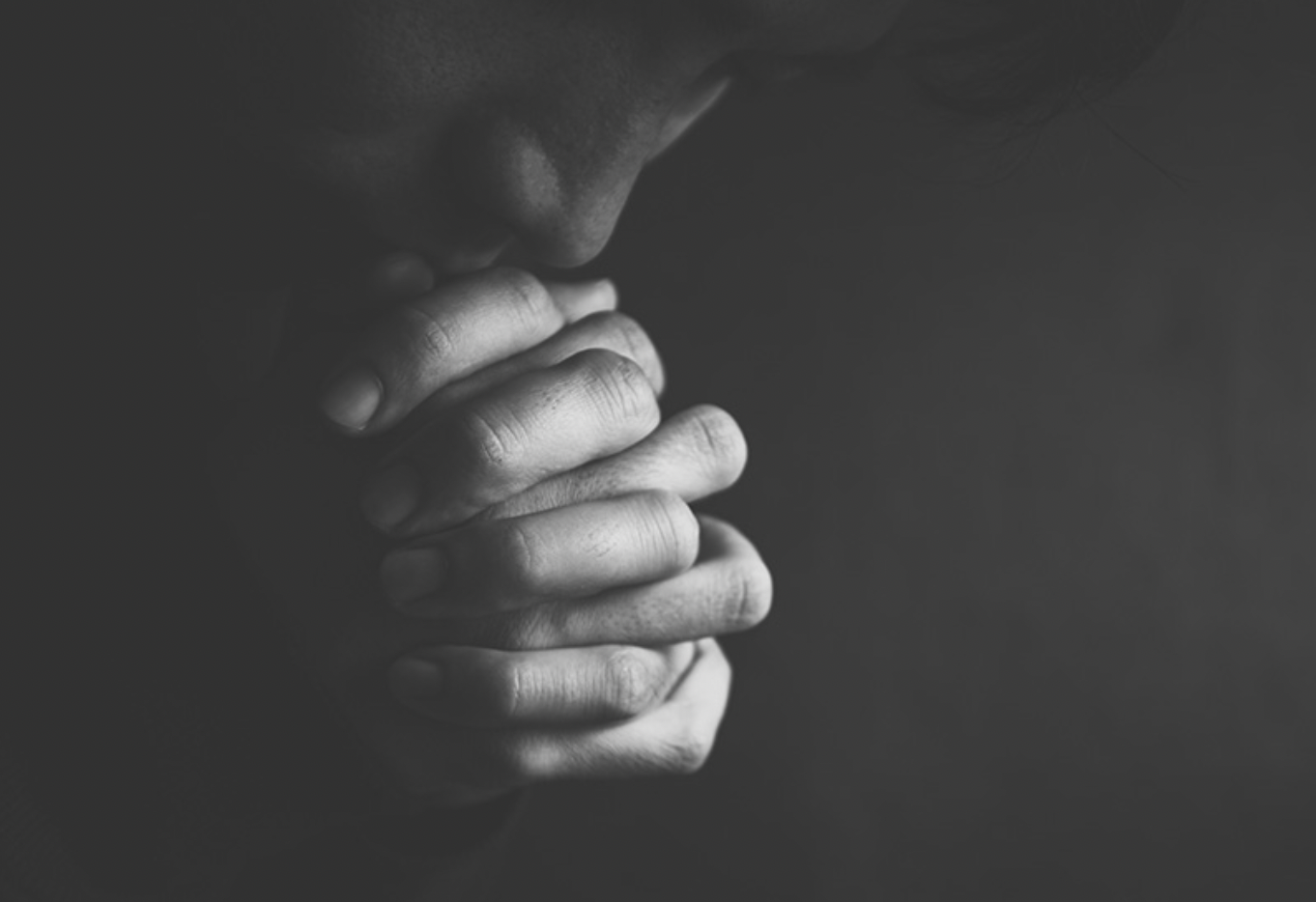 Easter is over and I believe fellow Catholics rejoiced in being able to celebrate the resurrection of our Lord as a congregation in the physical splendour of a church. Then came news that a member of a Catholic order has being convicted for sexual assault. It is soul-crushing.

Not that we had not expected that the case would come up, since news of the charge had already been publicised. What was a niggling issue then was why the charges were proffered only in 2020 –  so long after the assault, which happened in 2009.

Never mind that we have been told not to speculate, you cannot stop questions from surfacing even as answers are being sought. Like why the two young victims, now adults, took so long to speak up. I doubt that any Catholic here believed that there was some kind of “cover-up’’ by the Catholic hierarchy, as is reportedly the case elsewhere. It is simply not a “done’’ thing here.

So when the conviction, which amounted to five years, was accompanied with some statements of fact, I lapped it up. It shed some light but not enough. I also respectfully perused Archbishop William Goh’s pastoral letter asking for forgiveness.

What was new in his letter was the setting up of a Professional Standards Office in 2011 to review church protocols to provide a safe environment to protect the vulnerable. The office, headed by a non-cleric, comprises senior counsels of law, former district judges, senior lawyers, legally trained persons, psychologists and people in senior management.

I checked its website which said that the PSO has a second duty of handling any complaints of sexual abuse or harassment of a child or young person. It sets out the procedures to “ensure a just treatment of all complaints in a transparent and juridical manner restoring communion for all parties concerned”. “Allegations may be against priests, religious, employees or volunteers in the Archdiocese.”

The Archbishop’s letter, while long on forgiveness and prayer, was short on the facts.

In particular, he was silent over why no action was taken against the man even though he had ‘fessed up in 2009. Instead the man, now in his 60s, was quickly shipped off to the United States for “therapy’’, and given other missionary appointments. To Catholics and non-Catholics alike, this smacked of a cover-up.

I wonder how many Catholics tried to tell others that the incidents pre-dated Archbishop William’s appointment in 2013, which could well be the reason for his peculiar response. I wonder also how many of us tried to look for the reporting lines of Catholic orders to find out how autonomously or independently they functioned.

We could also have noted the “victim’’, a minor, didn’t want to make a police report, hence there was none. But this isn’t good enough. In fact, there were two victims – and it was not said if both minors were averse to having a beloved teacher-mentor who had betrayed them being brought to justice. And I can’t help but wonder, given they were minors, if the approval should be sought from their parents instead.

Yesterday, another reason was offered. Responding to queries from TODAY on why  the man had not been reported to the police before leaving town, the Archbishop’s office said that religious orders are “separately constituted and are governed by their own judicial proceedings and administration of law”.

(To clarify, the perpetrator is not a priest but a member of a Catholic order of communities where people take vows, such as poverty and chastity, to lead consecrated lives or do religious activities.)

This is so, but it also gives rise to the perception that there is some washing of hands when it comes to the responsibility of the Archbishop.  To the public at large, there is no question of parallel lines of reporting. The buck stops with the Archbishop.

I have to add quickly that while TODAY reported the line as a response on why no police report, ST, which had the same line said that there was no response. I am appending the screenshots of two reports here so that you can see for yourself. The first is from ST and the second is from TODAY.

What was also interesting was that the police issued a police advisory to a 64- year-old described as “a sector leader of a Catholic order’’ for not reporting the case when it came to his attention in 2009. It seemed to indicate that only one person was in the know and everybody else in authority, whether the then-bishop or then school board, had been kept in the dark. Is that so?

So how was the man finally arrested?

We’re told that the man returned in 2020 to renew his visa but was prevented from leaving because of Covid-19 restrictions. His history was then somehow, inexplicably, brought before the board of the school where he had served.

So who made the police report?

The Archbishop was told in October that year. The chairman of the school’s board lodged a police report on May 10 last year, following an internal inquiry. Police arrested the man on Jan 18.’

//Another part said that the bishop was told of the matter only in October. He then followed protocol by reporting it to the Dicastry for Consecrated Life in Rome. This body deals with religious orders. “He also asked for the matter to be referred to the police here,’’ his office said.

Either the reporting is bad (I also checked the TODAY report which said the same) or the bishop was unaware that a police report had already been lodged. This would confirm that there is a distance between the operation of the religious order/the school board, and the Archdiocese. // This part is inaccurate. Please ignore. My apologies.

Both TODAY and ST said that the spokesman could not answer some questions because they would lead to identifying the perpetrator and thence, the victims. It would be a breach of the court gag order.

I am hoping against hope that the two victims would agree to naming the man given the long passage of time. It is the best way for the Church to lay down the facts and bare all. A full accounting would help preserve the integrity of the Catholic church, rather than the dribs and drabs now served out to the public. Even if the gag order still stands, can we at least have some answers to convince the public that the house is clean and in order.

First, the decision-making process in 2009 needs to be better explained unless we are to assume that there were no protocols until the Professional Standards Office was established in 2011. Allied to this question is whether this new-ish office has jurisdiction over all religious orders – or whether there will be yet another instance of parallel reporting lines.

Second, more people must have been involved in the 2009 case. Who are they and what roles did they play? Did Archbishop Emeritus Nicholas Chia know? Was Rome told then? What did the Dicastry for Consecrated Life say about this? Who made the decision to send the man away? On whose dime?

In 2018, when the Catholic Church was feeling the heat from news that some 300 priests had sexually abused over a thousand minors in Pennsylvania over the last 70 years, Archbishop William sent out a pastoral letter:

The scandals abroad are a wake-up call for us, as the Catholic Church in Singapore has not been spared allegations of child abuse.Over the years, a handful of cases have been brought to our attention.  These were handed over to the Professional Standards Office (PSO) of the Archdiocese for investigation. Thus far, all the cases have been judged to be inconclusive by the PSO, and confirmed by the Congregation for the Doctrine of the Faith in Rome.

As Archbishop, I want to assure you that,to the best of my knowledge, there has been no cover-up in our archdiocese.

The latest case, however, has cast doubts on the contents of the letter.

Third, could we take a leaf out of the universities’ books and issue a yearly report on infractions and investigations? Honesty is a virtue even if its uncleanliness can cause embarrassment. Hypocrisy should never cover the face of the church.

In his most recent letter, the bishop said: “The cold reality of having an incident like this on our shores is sobering. Many good Church leaders have sacrificed much to remain faithful to the gospel and have worked hard to instil the values of our Catholic faith in the young. A cloud of suspicion now hangs over those who have given themselves to live a life of service.’’

Therein lies the rub. It is not only the guilty who suffer but the innocent.

I would join the Archbishop in asking for forgiveness if I knew exactly what I was confessing to. For the depravity of a church leader? For the foot dragging by the Church? For the complicity of others who knew but did nothing to bring the man to justice?

The Archbishop said: “Like many of you, I am dismayed, shocked, and ashamed. Some of us are confused as to what actually took place and how this could have happened.’’

Your Grace, I am sure you actually know more. Can we have a fuller confession if only to restore the prestige and reputation of the church? We will do penance and we will pray for you and with you. God bless you and God bless us all.