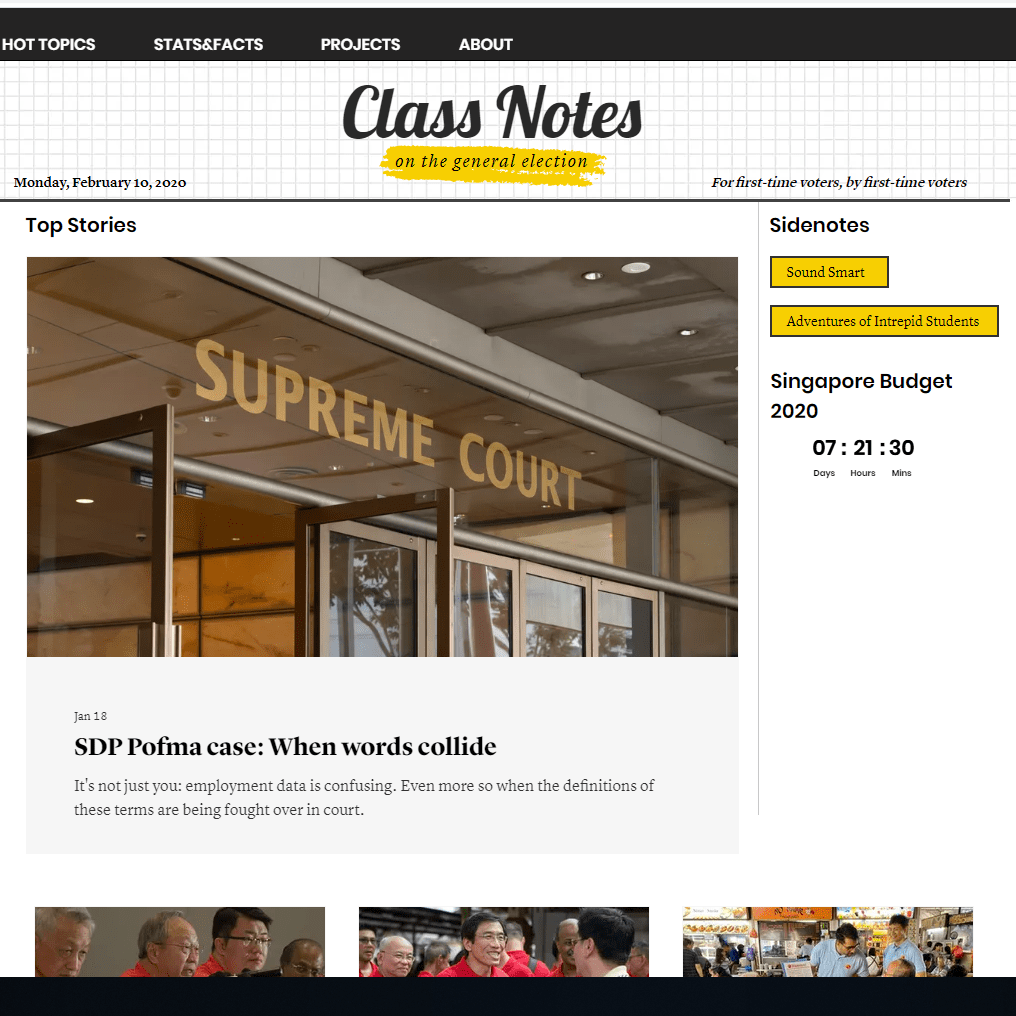 I have never liked this phrase: “Those who can’t do, teach.’’ What about those who can do, but can’t teach? Should we value a doer above a teacher?  Nevertheless, the phrase had an impact on me. I can do, and I like to teach. Can I do both?

When I was offered a full-time job at my university a couple of years ago, I said no. The “practice’’ track was introduced for practitioners to do a mid-career switch into academia. I said no because rather ironically, the practice track left me with no time to practise. This is much like the way academics who prefer to do research sometimes complain about a heavy teaching workload.

But when I was offered the job again last year, I said yes. This was only because I was assured that my teaching would be “practical’’. I had tried initially to negotiate for some time out of teaching if, say, the general election rolled around. I wanted to be free to report, write, cover rallies and press conferences without worrying about conducting lectures and tutorials. But the academic time-table wouldn’t allow for such luxury – and this was something I understood. Now, however, I have the best of both worlds — I teach young people who want to do. I teach by doing.

The result of a whole semester of brainwork and legwork is Class Notes. This is a website which my students and I conceptualised to showcase our reporting, writing and research work. The theme is the coming general election and the content aspires to equip citizens, especially first-time voters, with the wherewithal to cast an informed vote. When we started on this last August, I was beginning to think I had bitten off more than I could chew. Readying people for the GE can’t simply be about telling them about electoral processes; it has to deal with issues that might surface in the election, that is, political issues.

Of course, my fellow faculty members had some concerns that the nature of our work will attract official eyeballs cast inquiringly in our direction. I maintained that the work will be more information than opinion. More reporting, not ranting. I promised plenty of sources and charts, or what would count in the academic’s eyes as footnotes and bibliography.  But I was also firm that young people must have a voice, hopefully, an informed voice based on what they have learnt and the life experience they have accumulated so far. I would stake my name and reputation and take the rap for them, if it should come to that point. (Fingers crossed)

Some people who keep up with the news might have seen some of their work published on Yahoo Singapore. They include pieces on parliamentary processes and debates, such as what issues took up MPs’ time and even a ranking of speakers who asked the most questions or who proposed motions. Another section dealt with town councils and one particular piece which drew plenty of eyeballs, was about how much funds town councils receive through the Community Improvement Projects Committee. In case you don’t know, these are funds that every constituency’s Citizens Consultative Committee can ask for to improve facilities and amenities in the ward. The Opposition has long complained about its lack of access to these funds. The Government has also been tardy with details on the use and disbursement of funds. One of my students took time to delve through four years’ of annual reports by every town council to ferret out the figures. It was, in my view, a great exclusive. You can read it here.

In all, we produced some 16 articles, including one four-parter, for publication. We had our own closed website then as I was still going through the process of persuading my higher-ups to let the site go “live’’ for public viewing. The green light was given for this semester, which started on Jan 13.

I have led online sites before, with many unpaid or poorly-paid students driven mainly by passion. There was Breakfast Network which had undergraduates of Tembusu College at the helm in 2013. Then there was The Middle Ground which ran from 2015 to 2017, and tried but failed to become a sustainable business.

This time, the students are working for credits which, besides passion, is a great motive to do good work. Another difference is that unlike websites which try to be on top of the daily happenings, Class Notes aspires to offer readers depth or, at least, an overview of events. Combing through four years’ worth of Hansard isn’t something that can be done in a week or two. Sieving nuggets of information from annual reports and dense statistics is also an exercise in stamina. My hope is that we managed to make “heavy’’ content easier to grasp (frankly, sometimes you simply can’t short-cut an issue or turn it into a listicle) and enlivened by what young people say about the subject (yes, even a heavy one like retirement adequacy). Hence, the tagline: For first-time voters, by first-time voters.

Of course, since the module, rather ostentatiously named Election Reporting, has the word “reporting’’ in it, the students have had to take their eyes off electronic screens, meet people face-to-face and do plenty of walking. You can read about their adventures on the site, and also how they experienced first-hand the difficulties of obtaining information in Singapore. I want to thank those who have obliged with information and views, as well as advice on more technical issues. You made their day.

I am still wondering if we’re going public too early given that the General Election doesn’t have to be called till April 2021 and too many people are now focused on the Wuhan virus crisis. But we have long had our eye on the Feb 18 Budget statement, which will have an impact on a series of research pieces called Hot Topics that we have prepared in the Budget’s run-up. I suppose a little knowledge in advance won’t hurt anyone. Besides, this is a module and the students must have something to show for their work – even if few people read them.

As I said, I have the best of both worlds. I get to do and teach. And what’s more gratifying: I am trying to teach more young people to do.

You are welcomed to peruse their work. The address is ourclassnotes.com.