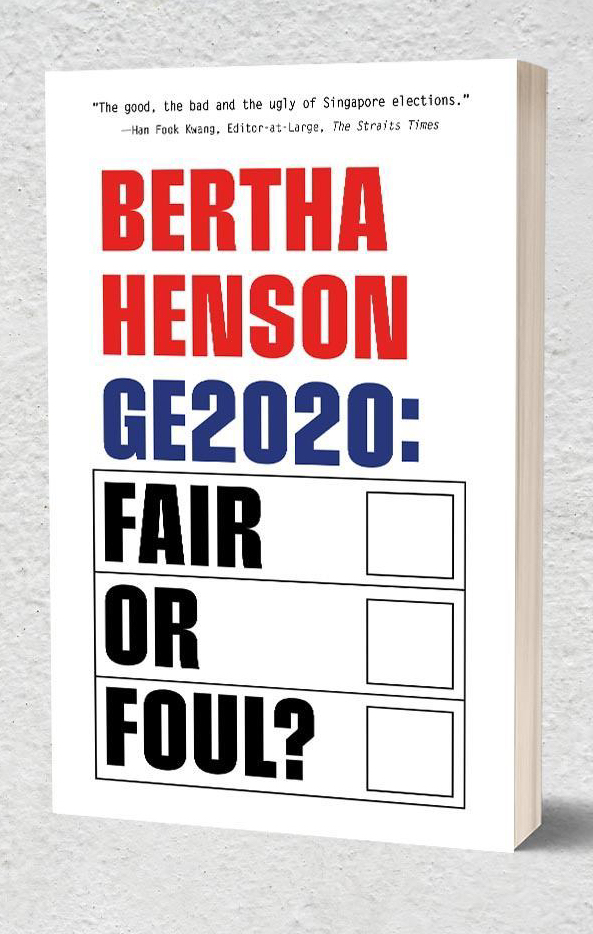 When you’re a rookie reporter, you just do as you’re told, especially when covering an event as momentous as a general election. So I was told to attend an election rally and note down everything that every speaker said. The shorthand course all reporters had to go through proved handy, until the speakers broke out in dialect and other languages which meant an instant translation in the head transmitted to the hand holding the pen. Remember that there was no Internet in 1988 and I’m not even sure if I carried a pager. So let’s not even talk about smartphones.

The grave importance of the media during election time was brought home to me when every single rally reporter had to face the Editor with the big E to regurgitate what was in his or her notebook. At the end of the lengthy debrief, you’d be told to contribute a few paragraphs or even just two lines to a more senior journalist who would patch an article together. When you get out of the room, you’ll see an anxious queue of reporters waiting to go through the same process. In the meantime, it was past midnight.

This rookie reporter was told that this was normal during an election when editors with a big E would have their political antenna finely tuned to assess every word, bit of information and photograph that would go out to the public. I thought to myself: “Oh. So it’s like this then.’’

But what I didn’t know was how anger and frustration were building up in the newsroom as senior journalists started chafing at the meagre print space that was devoted to covering Singapore’s general election. The Straits Times only devoted two full pages, the same space it gave to the Johor Baru by-election that was happening at the same time. An afternoon meeting was called for all election journalists to hear what the Editor had to say. He was armed with old copies of past GEs to make the point that the current coverage was similar.

Except that this was not a “similar’’ GE.

Parliament had two opposition MPs by then, and several notables were on the opposition slate. This wasn’t going to be a PAP walk in the park even though there had been plenty of walkovers. It was an acrimonious meeting with calls for the editors to have a bit of “spine’’. As a rookie reporter, I held my tongue even though my jaw dropped at such a display of outspokenness. I thought to myself: “Oh. So it’s like this in the newsroom then.’’ The upshot was: more pages were added.

I gathered that the small coverage was to give the idea that the general election was a “non-event’’ since the people were generally satisfied with their lot. Older folk will remember the phrase: the ground is sweet.

You learn a lot of things when you cover the elections even though points of significance might not have hit you at that time. So I wrote about changes to electoral boundaries and dutifully sourced for reactions, instead of questioning the whys and hows. I tried to differentiate between election rhetoric and substantial points, only to realise that people prefer to listen to rants and considered it a form of censorship if the media, for example, did not publish opposition politicians calling the PAP side “eunuchs’’. People wanted their emotions captured, even though they knew that promises such as free water and electricity simply cannot be kept. I covered walkabouts without thinking much about the role of grassroots groups in turning out the vote.

But beyond whatever editors might have decided as editorial policy for these sensitive times, I have also come to understand the forces at play at the very fundamental level of electoral processes. Even as people delight in hearing rude comments about a leadership that is much respected but not much loved, they didn’t seem to realise that some structural changes to the electoral system weren’t conducive to fair play and allowing them an informed vote.

So every four or five years, we have a frantic nine days of campaigning to elect our representatives. Before you can even recognise the names and faces of new candidates, the poll is over. So how did each of us vote? The way we’ve voted all the time? That would seem like a fair bet.

There is a touching belief that the PAP government will make it all come out right after Polling Day. After all, it has put in place structures to uphold democracy, like the Group Representation Constituency to ensure minority representation and the Non-Constituency MP scheme to make sure opposition voices are heard. And don’t forget there is the town council to teach MPs about financial prudence and the elected president to safeguard our reserves.

But peel back this veneer and there is a lot that is wrong about the structure, never mind its high-minded stated objectives. The subtext is about extending the longevity of the PAP almost to the extent of embedding it into the political system. I am inclined to think that if it could carve a permanent role for itself now and forever, it will. In fact, it can, given its supermajority in Parliament. It is about the power, yes, and the PAP believes that it is the only organ which can wield this power for the long-term benefit of Singapore.

In a way, this is true. After all, changes to government could mean changes to policy. Donald Trump pulled the United States out of the Paris climate change accord. Nearer to home, Mahathir Mohamad of Malaysia thought of tearing up the agreement with Singapore on the High-Speed Rail. How is Singapore to embark on long-term plans to mitigate the impact of climate change if the government cannot be assured of its place for decades to come?

But we can’t be talking about entrenching a government like some dictatorship. The solution is for citizens to take back control and take part in the political process so that the PAP cannot say that it alone has all the answers for Singapore’s future.  The alternative is for the PAP to answer calls from the people who place a premium on fair play, accountability and transparency. For citizens, it must start with understanding the electoral process and strengthening the power of the vote.

So I wrote a book on it.  Please buy.