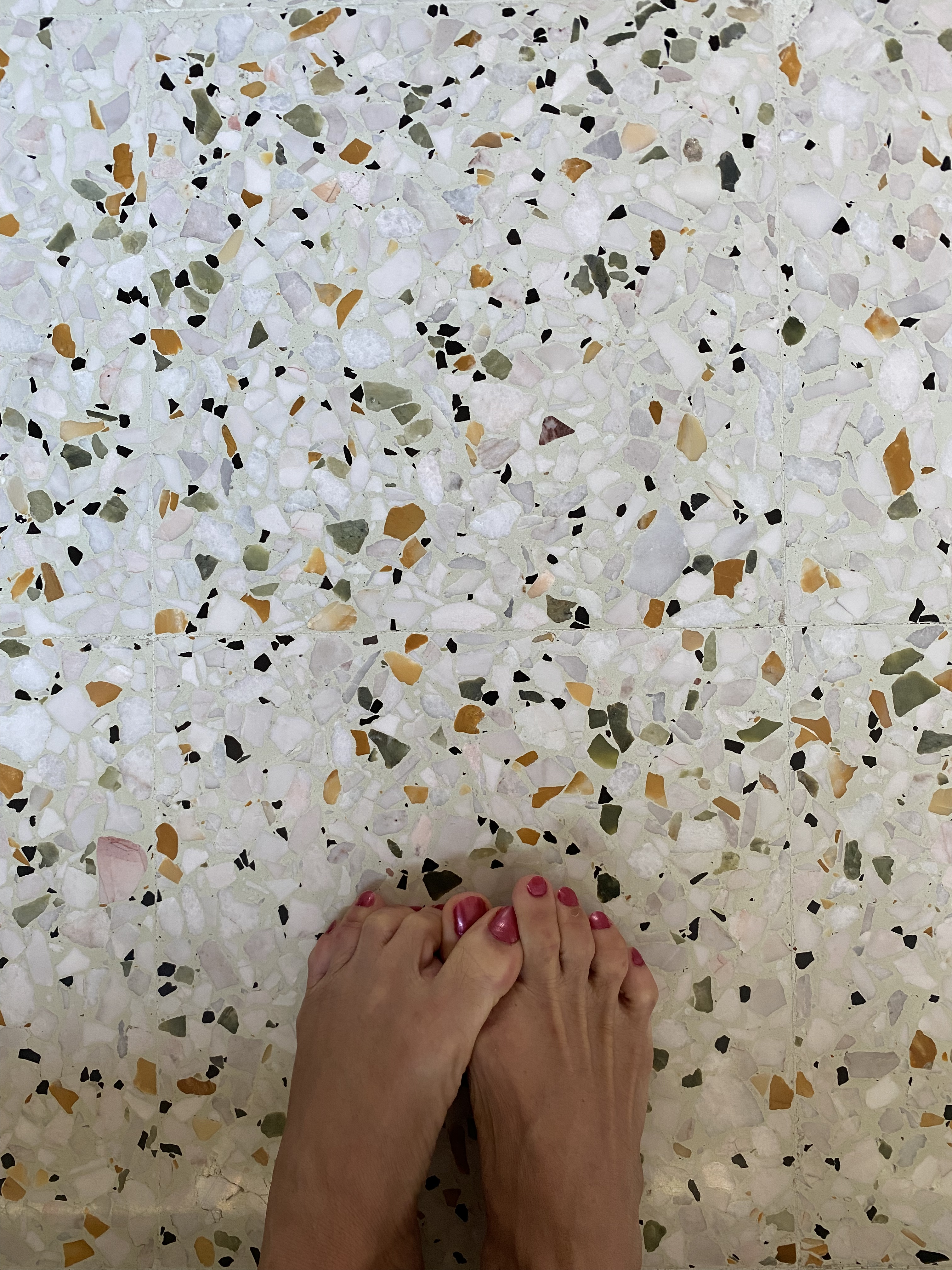 So what if my mother’s flat is over 40 years old and has absolutely no chance of being part of SERS? It’s an old 5-room that is bigger than some of the new 5-room flats and condo units, and it has an absolutely sparkling original terrazzo flooring that I was glad I didn’t replace when I moved back in 3 years ago.

Of course, I renovated the old flat before my homecoming, reconfiguring the layout to have a gigantic study-cum-bedroom, putting in a built-in library in the living room and having an elevated deck at the balcony area.

I think back to the original state of the flat and the block built in 1977, with a totally void void deck and lifts which stop every 4 floors. How short-sighted we were not to have seen that people will grow old and won’t be able to negotiate even one flight of steps to the lift landing! Then there was the smelly rubbish bin centre. The MP for the area at the time, Chng Hee Kok, had to keep placating residents who complained about the smell. Somehow, the odour was fixed. The bin centre is still there, a big white square box on the land.

The blocks as well as the neighbourhood have undergone several upgrading programmes. They have not been MUPPED, but they have been IUPPED, LUPPED and HIPPED. Nobody really asks any questions about these programmes these days. They just want them, especially a lift that stops at every floor.

I recall asking some questions of the then National Development Minister S Dhanabalan at the time the Main Upgrading Programme was introduced in 1986. To some people, I said, it’s like having to pay (a bit) for repairs that would have been undertaken by the HDB anyway, like painting the exterior. And not everyone wants a balcony or extra space, I added. Mr Dhanabalan, as well as a phalanx of Government MPs talked about “asset enhancement’’, probably for the first time in connection with HDB flats. Then came figures on how resale flats which had been upgraded fetched higher prices than those in their original condition.

The programme was supposed to do one of two things: people who want to “age in place’’ will do so in better surroundings, while those who want to sell the flat would get an even better price for them. It was portrayed as a win-win especially since the residents will be paying just a small sum of the total cost of upgrading.

I think the HDB flat as a prize probably entered the public consciousness around that time. After all, it can be sold after the minimum five-year occupation period at a profit, and if your monthly income is still below the HDB maximum, you can still apply for a new one a second time around, to sell again. It’s like taking two bites at the cherry. So why not have it spruced up at the government’s largesse and improve the value of your asset?

My precinct didn’t get the MUP. Instead, we got the Interim Upgrading Programme in 1999, which netted us a koi pond straddling the ground between two blocks.I could see the pond from my kitchen window – as well as the people fishing for them. I thought the pond was just a fad (in those days, rich people paid good money for koi for good luck). It wasn’t even a decorative feature especially when the water turned green with the build-up of algae. It didn’t last long – I guess it was just difficult to maintain and a hazard in dengue times. Half of

whether residents wanted a lift on every floor, about nine years after the Lift Upgrading Programme was introduced. Everyone got excited, especially the elderly. Of course we said yes in the voting exercise, especially since the Government was footing about 90 per cent of the cost.

When the upgrading was almost completed, the residents realised to their horror that the lift landings on each floor were enclosed. No air would be wafting through them. The surrounding walls would darken the environment by casting a shade on flat windows. I wasn’t living there then, but I was asked to petition the MP for a change on their behalf.

The MP at that time, Raymond Lim, the HDB and town council moved quickly to meet petitioners. The residents got what they wanted, just before the construction workers got down to walling us up. Phew.

Then came the realisation that the exterior of the lifts did not indicate the level at which the lift had stopped. That meant that you couldn’t track the movement of the lift and could be waiting on the ground floor forever if someone at a higher level was holding on to the “keep door open’’ button. I recall raising the issue with colleagues, some of whom couldn’t understand what the fuss was about. Landed property people, I sniffed.

But the rumblings got to the ears of the HDB. The problem was fixed. On a nation-wide scale. Thank goodness. You see, that’s another thing about HDB living. You can call your MP to give feedback. I don’t think many private property developers would give a condo resident the time of day, much less move swiftly to address concerns.

The Home Improvement Programme came when I was already ensconced in the flat. Truth to tell, I wasn’t happy initially. I didn’t want contractors hacking anything or changing pipes and tracking dirt through my newly-renovated house. What I really wanted from HIP was more grab bars installed in bathrooms and that new clothes drying structure outside the kitchen window. I said no to changes in the bathroom as well, but there was a pipe that needed changing. My built-in cabinets had to be ripped out, to the profit of IKEA.

I also said no to a ramp outside the front door – to my regret. So much for my lament about the early planners’ short-sightedness when I myself didn’t foresee the day when a wheelchair or a walking frame might be needed for movement in and out of the house. The HDB came to the rescue and I had a ramp installed at subsidised rates under something called EASE.

I look at what my mother and I have done with our flat with great satisfaction. Old rosewood furniture sits amidst modern looking shelves. Both the interior and exterior are perfectly equipped for someone who is getting old(er). I think to myself that I would not have to worry about slipping on the non-slip bathroom floor or manoeuvring myself with a walking frame or in a wheelchair in the future.

You see, I intend to live here forever.