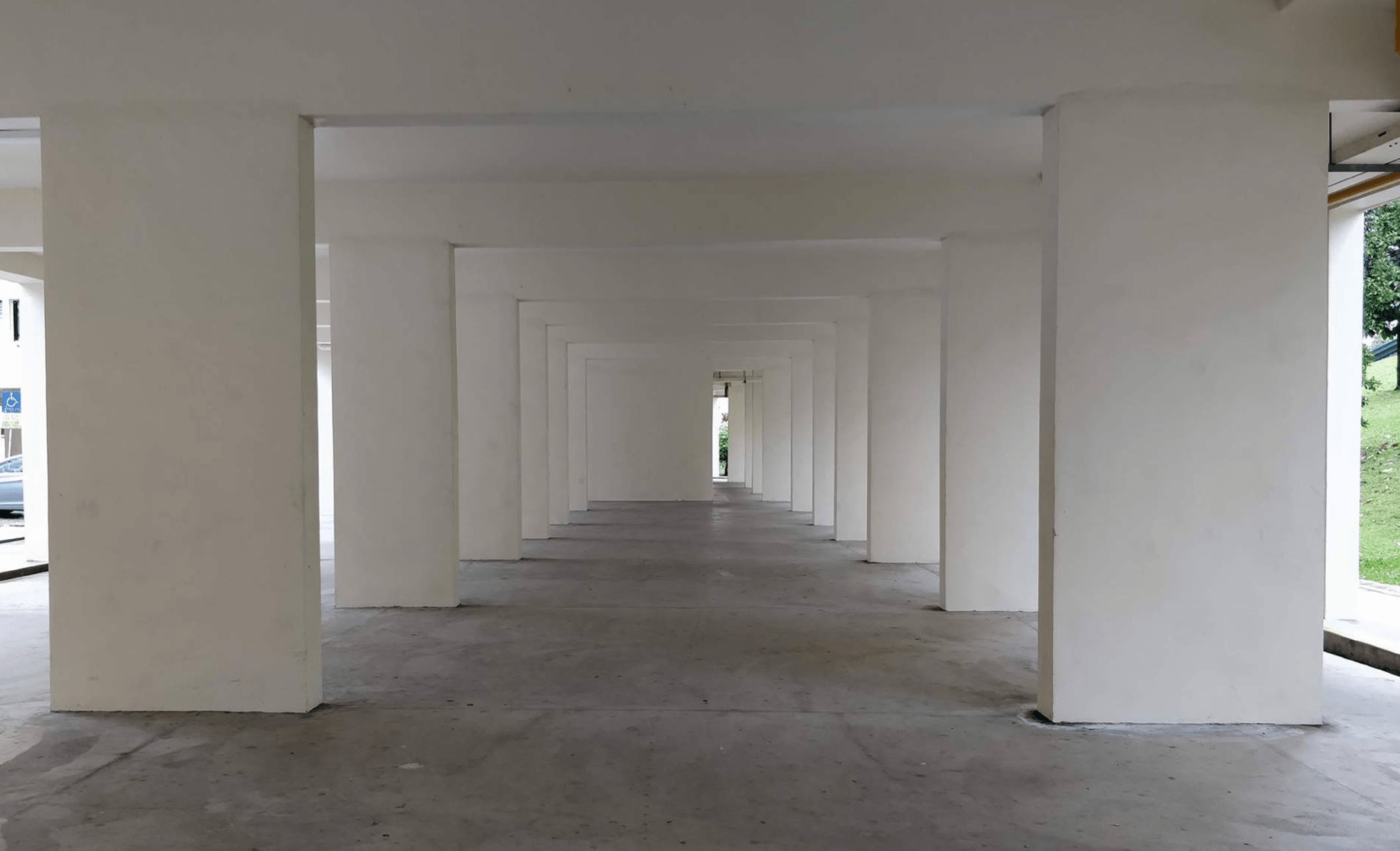 There is a small cubby hole at the void deck in a nearby block for small businesses to sell stuff.

I have seen so many players come and go. They start with a nice signboard, fully-stocked with mainly home provisions and a chirpy uncle or auntie in charge. Over the months, the store will become dingy looking and you can tell that the stock didn’t “move’’ much. Then the stall holder will start opening later and later or at odd hours – before the shutters fall for good. A 7-11 even took over the place once. It lasted longer than the rest before giving up. The place now seems to have been taken over by a tuition centre. May it last.

Location, as they say, is everything. The mama shops under the blocks near schools look like they are thriving. Students buy snacks from them on their way home. But householders would go to the bigger places to buy items on sale or in economy-size packs – rather than patronise a standalone shop with limited varieties of wares. That is, unless they are in dire need of cigarettes or a carton of drinks for unexpected guests.

There are about 140 shops operating in the void deck space within my neighbourhood. In addition, there are about 30 operated by various agencies. They include 8 childcare centres, 8 centres for seniors and 6 Residents’ Committees.

It’s quite usual to see a queue of uniformed toddlers holding hands going past the senior citizens’ centre. I wonder why I have never seen both age groups mix in some way – even during pre-Covid days. Perhaps, their respective daily schedules are filled to the brim.

(This is a digression. I don’t see why, however, the kids and the elderly can’t do some activities together, like painting and colouring. I’m sure the old folk would be delighted for young company and the young ones won’t begin to see the elderly as a whole different species of humankind. We want to be “inclusive’’ don’t we?)

Then comes the use of void-deck space for religious gatherings, weddings and funerals. You have a Malay wedding at one block and a Chinese funeral might well be taking place in the neighbouring block. You hear the beating of kompangs in the morning and the clicking of mahjong tiles in the dead of night. You see the joyful procession of the bridal party and the woeful sendoff for the beloved dead.

We have taken for granted our amazing cultural diversity which manages to exist even where people live in such close quarters and should be getting on each other’s nerves. A household might be having a prayer meeting in the night while there’s some Buddhist chanting nearby. You can smell curry as well as durian and incense being burnt. The HDB heartland is a feast for the senses.

It pains me, therefore, when people are intolerant of the cultural practices of others. Instead of engaging each other, they prefer to complain to someone else or get their own back in some way. (Remember the Chinese neighbour beating the gong while the Hindu neighbour was ringing the bell?) This is how racism develops, especially if there are children in the household looking to their parents as role models.

I think the Ethnic Integration Policy (EIP), whatever the financial drawbacks, has helped in forcing people to understand there is an unwritten code for living in a multicultural society. While we want to live our lives in our own way, we need to bear in mind that others want to do the same too. Even as we take, we must give. Every Friday, my mother smokes the house with incense as part of a Catholic ritual. I am glad to say that not a single time in the last 40 years have I heard any complaint about the smell of the incense. Nor about the sound of spices being pounded, or the occasional rowdiness when relatives gather.

Most of our neighbours are likewise attuned. Or rather, we know when to tune out, turn a deaf ear or close one eye. One neighbour plays loud music every Friday and Saturday evenings. We have got so used to it that we wonder if something is wrong when the place is silent. When there is a wake, we wonder who died even as the chants echo around the block. The music from the band playing at a Malay wedding isn’t always very good. But what the heck, people don’t get married every day.

Of course, there are neighbours who are less than considerate, like those who plant lighted candles on pavements and grass verges on religious occasions or decide not to use the provisioned bin to burn their incense papers. I am sure some residents complain about the litter and fire hazard. I sigh and turn a blind eye, knowing that the annual practice has a start and end date.

There will be a few who cross the line for no good reason at all. A neighbour had this habit of slamming her front door at all sorts of odd hours everyday, with the noise reverberating up and down the column of flats.

Attempts to speak to her were met with vulgarities and even her husband seemed unable to constrain her actions. After one particular bad confrontation, 5 households got together to see the MP to get something done. To no avail. It was with great relief when the family moved out.

My biggest bugbear about living in the heartland are the cyclists who think that the pavement is for their sole use, ringing their bells to get pedestrians out of the way, zooming through the aisles outside shopfronts and running into pedestrians and people with walking frames. I have no patience with them. I have shouted at them to “give way’’ and “can wait or not?’’. Most don’t, and all I get are dirty looks and mutterings.

In a packed neighbourhood, you know that there are all sorts of people you need to simply live with, even if you can barely tolerate them. You cannot always account for human nature – unless you want to get into a fight. It can be a humbling experience to not always get your way.

So I worry when I hear tales of the privileged who grow up on private property, go to elite schools and have never had to cross the threshold into an HDB estate, much less an HDB flat. An undergraduate told me of how his junior college mate did not even know that letterboxes are located at the void deck of flats and not outside the flat door.

I hear of children who refuse to eat in a hawker centre because it is “smelly’’ and “got no air-con’’. And those who divide the population into people who live in HDB and private property. Even when I was staying in a condominium, some residents had a term for former HDB owners – they were the “upgraders’’ who can be expected to behave in a “HDB way’’. These aren’t just descriptive terms, they are meant to be disparaging.

Once I tried to shut up a former neighbour from Hong Kong by saying that I’m an upgrader too and that, in fact, I grew up in a kampung. Amazingly, she regarded me as some exotic specimen because I had lived in a kampung – not just an ordinary HDB flat!

I think she would be thoroughly flummoxed if she found out that I’ve moved back to HDB.

PS. I wrote this for mynicehome, HDB website. It’s my last column.