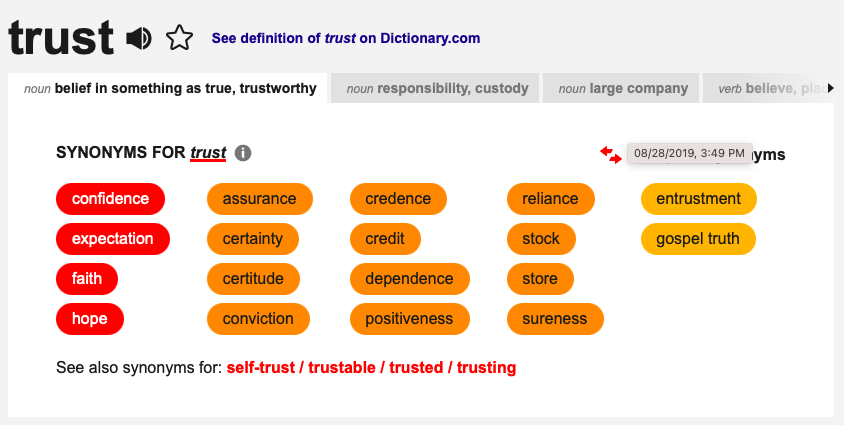 I am glad the Prime Minister spent so much time talking about trust at the People’s Action Party convention over the weekend. That is, I’m glad that his speech was less of a “trust us, we know what we’re doing’’ and more of a “thank you for trusting us’’.

Every time the Covid-19 ministerial task force switches gears on social distancing, I wonder at the equanimity of the Singapore population. Of course we grumble, but we take things in our stride. Of course, we refer to flip flops and roti prata and make fun of U-turns along a long and winding road, but there aren’t that many people who disobey the rules. We’re not up in arms about constraints on individual freedom of movement or whether we can celebrate festivals as an extended family. We look at the protests in other countries and we shake our heads at the mass of unmasked faces.

I suppose some would describe us as “sheeple’’, who follow the lead set by the Government unthinkingly and blindly. There are probably those who do so because they believe that the G is better informed than the average person to make decisions for the common good. They have a point. Also, there is no sense that anyone in the G will be profiting from any measure, although there might be some qualms about strengthening the G’s hand in so many areas of our lives, including who can eat in hawker centres, in the name of public health.

Then there are those among us who say we have no choice but to do as told. The G is the biggest institution here with the most dominant voice. No corporation, non-government organisation, opposition party, think tank, media or foundation can challenge its dominance. We’ve given it the power to pass laws without facing resistance, and a president who shares its line of thinking on the matter of spending money. Yes, we, the people, made it easy for the People’s Action Party to govern in Singapore.

I can already hear people saying that it’s only because the opposition politicians find it hard to make inroads in the first-past-the-post electoral system. That is true. Nevertheless, unless we change what we have, we need to live with it.

The question is whether the PAP is deserving of our trust,  or taking advantage of this reservoir of faith to do things only its way. And it’s the highway for anyone who disagrees.

That it’s been in power for so long presiding over Singapore’s development is a reason for our faith. Nobody doubts that we have a smart government.

Personally, I don’t doubt the good intentions of the government in serving the people, but increasingly, there is the question of whether it is as efficient and effective as before. It seems like a strange question to ask because efficiency and effectiveness are the basis of the Singapore system. The handling of the Covid-19 crisis, however, hasn’t been an example of deft handling as far as some people are concerned. They can be explained away as catch-up moves or due to lack of resources or the difficulty of responding to unforeseen circumstances, but they can also be  viewed as the government simply not being up to mark.

This hallmark of efficiency and effectiveness is something the PAP has to preserve, especially since they come with a substantial payload. And I am not even talking about visionary thinking and inventiveness. Past generations set the bar very high, a legacy that people expect to be continued. Part of that reservoir of trust is rooted in this belief that the G will overcome all obstacles and hurdles to reach a goal. And that it will do so seamlessly.

Remember that the opposite of faith is doubt.

I think the Covid-19 provided some salutary lessons for the PAP leadership, especially in asserting the “rightness” of its position. Whether it’s about mask wearing or sufficient ICU beds or whether the Trace Together app is being put to other uses, the PAP has learnt that it doesn’t know everything.

I wouldn’t be so firm, for example, in making a distinction between popular and right choices. Some popular choices are the right ones, although the PAP would never say that it is doing the popular thing (in response to public feedback/ground sentiment is the magic phrase). I think it is already doing some popular things, like the rounds and rounds of help given during this Covid-19 crisis.

In politics, you have to be “popular’’ because that’s how you get elected. But I agree that policies cannot be “populist’’ in the derogatory sense of the word. In fact, I think we should throw these words out of the political vocabulary and settle on this phrase: Politics must be persuasive.

Whether the hard choice or the soft one, politicians must be able to persuade  all constituencies, which are now so varied in terms of education level, political ideology and social leanings, that what it decides on is the right choice. It is not enough to simply say that it is the right choice or decision. You need to say why, show why and even acknowledge that you could be wrong but this is the best bet for the country.

In the Singapore context, the absence of comment does not indicate the absence of opinion or protest. So when the Progress Singapore Party raises its questions about CECA, people do listen – because some will still need reassurances and explanations for things that bug them even though they could have been said before. The trick is for the People’s Action Party to foresee the ground opinion, and do the explaining before the opposition poses a question. It should not hope that negative reactions do not enter the public domain.

Nor should it resort to shouting down the other side, rather than laying everything out for non-politicians to assess. We are drawn to the side-show, rather than the main event. Then we are laden with yet another p word – politics should not be “polarising’’.

In fact, the very predictability of Singapore politics can work against the PAP. It is sad that the debates on critical issues are held mainly in the confines of Parliament and data given in response to parliamentary questions (not always). For those who want to be engaged in civic life, it means that more Opposition politicians need to be elected to get diverse views aired – which is surely not what the PAP wants.

Likewise, constant trumpeting of the “whiteness’’ of the PAP can go too far. Honesty is a virtue but not arrogant self-righteousness. I don’t know what the Workers’ Party will say today about MP Raeesah Khan’s resignation for her dishonest remarks in Parliament. But I hope that the PAP will say less. Humility in victory counts more than self-praise.

Persuasive politics also extends to the PAP members. Already, there are misgivings about the choice of a grassroot leader, the late Lionel De Souza, lauded by PM Lee in his speech. He is not an exemplar of civility in the online space especially when it comes to responding to criticisms of the party. I am sure he made great contributions to the party internally, but he is not an advertisement for recruitment of members.

Many others have talked about the conduct of pro-PAP or PAP members online – and, yes, we can have no end of arguments over whether the anti-PAP crowd is worse. I think the party can take pride in having a loyal coterie of supporters responding to barbs and bull*. But it should also realise that it is not only the behaviour of its leaders and MPs that comes under scrutiny, but its broader membership base as well.

There has been nary a comment on the online antics of what is known as the PAP Internet Brigade by the PAP leaders, even though one pro-PAP Facebook group had actually been shut down by Facebook during the last GE for contravening community standards.

The politics of persuasion is not about attacking the other side, but finding common ground and, hopefully, a conversion of opinion. The PAP leadership might want to acknowledge that “polarising’’ politics is not the preserve of the opposition, but is a technique used by its own supporters as well.

In this instance, I think the PAP leadership has progressed faster than its base, in terms of making room for disagreement even as it pushes its policies through. I am therefore glad that the party has a new website which is taking pains to arm its members with relevant knowledge and the political nous to discuss policies. I see a range of articles on the PAP approach towards issues and policies which might interest even non-PAP members.

If I may offer a few tips on making friends and influencing people, I would suggest that the PAP IB (or whoever you are) refrain from using the following phrases :

I have a whole set of lines for the anti-PAP group who sour the online space daily and ascribes every evil to the PAP as well. I loathe the term Sinkies, for example, to describe those who voted for the PAP.

The PAP is not just the Prime Minister, his Cabinet and MPs. Its  members are increasingly setting the tone online. They should be careful not to score an own goal and reduce the reservoir of trust the PAP now enjoys.