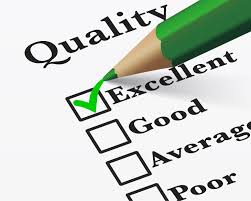 I read the ST story today on SPH Media Trust and wondered if this was an example of the quality journalism that its chairman Khaw Boon Wan talked about.

First, for a non-profit entity producing a public good, it was strange that the press conference chaired by its interim CEO Patrick Daniel was only open to Singapore Press Holdings media. So it’s ownself-talk-to-ownself. Other media, including foreign media, would have been interested in this “turning of the page’’ as the article described it.

I don’t know what MediaCorp would have made of the press conference, but I would be glad to have an outside or rival perspective. Perhaps, SPH had taken so much umbrage at MCS that it decided not to invite it. Transparency and accountability must be hallmarks of journalism, even more so for a non-profit entity relying on public and private funds. I hope they are enshrined in the charter – which has already been drawn up but which hasn’t been made public

Never mind that. What about its focus?

Mr Khaw said in his media statement: “We are pleased to have completed the transfer of SPH Media to SPH Media Trust today. This marks a critical milestone as we re-focus on our mission of producing quality journalism as a public good. This will also ensure the continued relevance and sustainability of SPH Media.”

Any reporter worth his or her salt knows that there are plenty of follow-up questions to that. What does Mr Khaw mean by a “re-focus’’? Did ST lose focus on this in its bid to raise its financial fortunes over the past years? What is Mr Khaw’s definition of quality journalism?

In all the reports on the SPH Media Trust that emanate from SPH, there is no question posed on the quality of journalism practised. Instead, there has been plenty of reiteration that any problems related to its financial decline had to do with the changing industry landscape and business model,  rather than the quality of its content.

The formation of the SPH Media Trust is lauded as some kind of magic formula because “the listed company model is no longer the best business structure for quality journalism” and that traditional print media was undergoing unavoidable “secular decline”, as its interim CEO Patrick Daniel said.

“This is the key reason for the media restructuring. The transition to SPH Media Trust will allow SPH Media to grow without the profit-driven pressures of a public-listed entity. The media business can then seek funding support from a range of public and private sources, even as it strives to grow its own commercial revenues.”

What does this mean? That in the past, SPH had to cut corners in its media business to keep shareholders happy? That it had to pander to advertisers to keep revenue streams constant? That this led to lower quality of journalism? That last question, as I said, has never been posed nor answered. Most times, the stress was on money needed to spend in digital ways, that is, the dissemination and presentation of content, not the quality of the content per se.

SPH reporters asked the question about whether Government funding would compromise editorial independence. Mr Daniel’s answer was that it is “not in the Government’s interest for us not to be independent and to be a media mouthpiece’’. It’s the default answer of any SPH editor or executive. Even ministers use the same line.

The right question really is : How much pressure does the G assert now – and will this be even heavier when it has a funding pipeline? (I can’t help but think about how G grants always come with strings attached – just ask the creative people in the media, arts and culture sectors.)

Is G interference really just a perception? The truth is that there is some kind of interference that doesn’t seem to stem from editorial judgment or added reporting. You can see it for yourself in the way the first online stories are presented, and how they differ from the final version. Evidently, someone has run interference or the online editors are just plain lousy.

Frankly, I care less about government interference in the way articles are presented than the need to raise the professional aspects of reporting and writing. It is enough for me if an article is fully reported, gives value and is written well. That I do not have to re-read, wonder what some figures mean or realise that it is a cut-and-paste job from a press release or a Facebook post which I could have accessed myself.

The article ends in a rather befuddling manner.

Mr Daniel pointed out that either way, there was no hiding or running from the reading public. “Let them judge us… You read the story, you can tell whether it’s good, well researched, accurate or not,” he said. “But if you go out and ask for an objective opinion of whether we are trusted media, I would say the majority will (answer) yes. Majority, not 100 per cent.”

The assignment is to increase this majority – and while not an easy one, the SMT is starting on a strong enough footing, said Mr Daniel.

But even foundations of trust can be eroded when judgments are being made everyday on whether articles are “good, well-researched, accurate or not’’. The answer must always be “yes’’ or that trust will be chipped away. How do you continue to conserve trust in the long-term, if the answer is usually no? It’s best that journalists remind themselves that they are only as good as their last story.

Then comes the final paragraph.

“It’s not as if we are broken,” he added. “We just need to stop that downward spiral and start growing again; and if we get more resources, we can deliver… I’m confident.”

So what is he talking about now? What’s broken or not broken? What downward spiral is he referring to that he says will grow again? After all, he also said in the media statement that print and digital audiences have grown. Is he referring to financial fortunes?