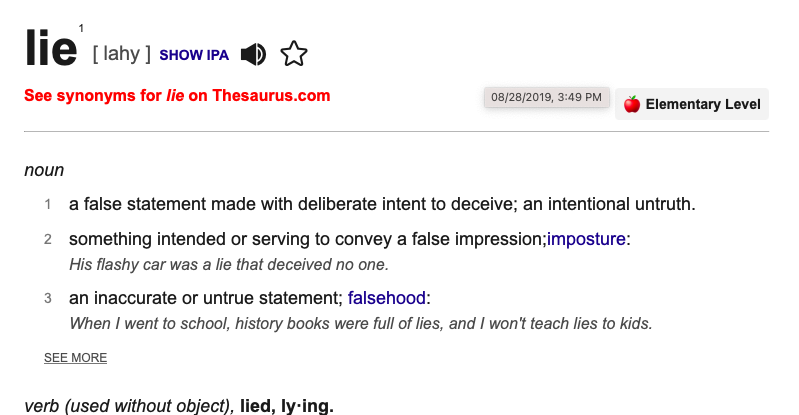 I  am not sure how to say this without being buried under a ton of abuse. So I’ll just say it straight : I can’t understand why some people say they can understand why the Workers’ Party handled the Raeesah Khan affair the way it did. That they viewed WP chief Pritam Singh as an honourable man for ‘fessing up and being compassionate in giving the party’s youngest MP time to deal with her own demons.

Yes, I think it was good that he put out the whole sorry saga in such detail. In this, he did much better than any agency or corporation which has been caught on the backfoot, even though he probably knew that it might backfire on him. This was honesty. But it took a long time to come.

The more conspiracy-minded can be forgiven for thinking that the People’s Action Party already had the “dirt’’ on the WP and that it was better for the WP to come clean before being exposed. Just on Sunday, for example, PAP secretary-general Lee Hsien Loong gave a speech on trust. The media report helpfully made reference to Ms Khan, who was being investigated by the Committee of Privileges for lying to Parliament.

By then, we had all been informed (by her) that she had lied about accompanying a friend to make a police report about a rape, and who had then been shabbily treated by the boys in blue. According to her, the truth was that she heard these remarks made in a support group, which she attended as she herself was a sexual assault victim.

What happened then? My take: She took the substance of what was said and embellished it – donning the mantle of a social justice warrior standing by a friend who had been not just raped but callously treated by the people who should be protecting her.

I am sure that the months since August when she made her remarks in a speech in Parliament has been a roller-coaster ride for her. There was her party pressing her to set the record straight soon after her speech was queried. She told the party the truth but said she needed time to talk the matter over with her parents who knew nothing of what had happened to her while she was studying in Australia.

Then, there were the queries from the police asking for details of the case so that they could get to the bottom of it. She didn’t answer.

There was Law and Home Affairs Minister K Shanmugam saying in Parliament in October that he was not about to let the matter rest, after she said she had to get back to the “friend’’ to give details like which police station – or run foul of confidentiality issues.

How many people lauded her for respecting the privacy of her friend! Oh how they were conned!

Even so, the WP could have made the move to discipline her immediately since it was already privy to the details. Instead, it wanted her to “take responsibility”. She did so only in November, at what Mr Singh said was the next available sitting after she missed an earlier one because of shingles.

When a recalcitrant member is unable or unwilling to do what is right, then higher powers have to step in quickly and not leave the individual to his or her own devices in the name of taking personal responsibility. That’s because, in the meantime, people have been left wondering if the police had really been “so bad’’ and why Mr Shanmugam was “bullying’’ a young woman who only wanted to do right by a friend.

Many have referred to her status as a victim, suggesting that she had suffered enough publicity and trauma. They’ve forgotten that she set back the cause of abused women single-handedly. By her fabrication, she gave people a reason to question allegations that women make about being sexually abused. She made political hay out of a remark she heard, by injecting herself as a crusader helping out an abused friend. Worse, she did so in Parliament.

I guess I’m old-fashioned about some things. A lie is a lie. A repeated lie is worse. Is this a white lie? No, it had an impact. Parliament is not a place when anyone can just say anything, especially if the words have a bearing on the integrity of someone else or some agency. She should have known this when she was fingered for her Facebook rants during the GE2020 campaign, which seemed to mark her out as a champion for minority rights, chafing at unequal treatment by the judiciary. She retracted and apologised for those remarks and the WP gained much kudos for standing by her then. The PAP’s attempts to tar and feather her backfired spectacularly.

When news broke on Monday that she had resigned before the WP leadership could assess the disciplinary report against her, I said that she took the “ultimate punishment’’. Moving to resign is an acknowledgment of guilt – she lost her party membership and hence, her parliamentary position. That’s no small thing. For those who want more than their pound of flesh, they would have to look at the Privileges committee to draw blood.

Enough people were impressed by her move to save the party’s image before it was forced to take any action. I think the subtext was that the WP, too, had been duped by her. Until yesterday’s WP press conference.

Was the PAP playing politics when it pressed the issue? Of course, it was! All politicians know full well that they have to be whiter than white even as they don their own party colours. Now, the discussion is about whether the public applies the same standards of probity to the PAP.

I fail to understand why the saga is being compared to the one that broke over PAP candidate Ivan Lim in the run-up to GE2020. People are calling on the PAP to make public its investigation into online allegations that he was arrogant and unapproachable. Mr Lim withdrew his candidacy, which the PAP accepted.

As far as I am concerned, Mr Lim is no longer a player in the political process and not deserving of any public spotlight. I think what people really want to see is the PAP eating humble pie for not doing enough due diligence over  Mr Lim’s electability. Mr Lim could well be guilty of the sin of “arrogance’’. And the PAP might well have to tighten its screening processes further. But it’s not about public accountability, it’s about the party’s internal processes.

A better comparison would be Mr Vivian Balakrishnan’s mea culpa on the TraceTogether app being used for only contact tracing when it was in fact also being used for some aspects of criminal investigation. I have said before that I found it distressing that the G kept quiet about this for so long after Mr Balakrishnan made his initial declaration on its use. In that sense, the Cabinet was complicit in not setting the record straight promptly. And Mr Balakrishnan was allowed to sit on his hands.

A PAP MP who clearly knew the rules, raised a question in Parliament  that was more specific about TT use in investigations. He got an answer. Thinking back, I wonder if this was an attempt to “slide’’ the point into the public domain unobtrusively. But an alert WP MP picked up the point – and we finally have the works. Mr Balakrishnan addressed Parliament himself – promptly. He made a speech about “misspeaking’’, and it is for us to judge his sincerity and honesty. Did he deliberately lie about the app’s use the first time? I don’t believe so. He is not a lawyer or a policeman who would be more au fait with how wide a net rules on criminal procedures can cast.

Should he have come out to make a statement earlier? Yes, because you should never leave a misimpression uncorrected. In that, Mr Balakrishnan and the Cabinet were remiss.

Political parties must set a standard for others to follow. In my view, concerns over a member’s well-being cannot be compared against the bigger issue of the party’s credibility, the integrity of the police and the honourable status of Parliament.

I feel sorry not for Ms Khan, Mr Singh or the WP. I feel sorry for those who set some store in having a strong opposition in Parliament to keep the government accountable. However smart or  hardworking, I, for one, must be able to trust that what you are saying is what you mean.

It’s an article of faith.