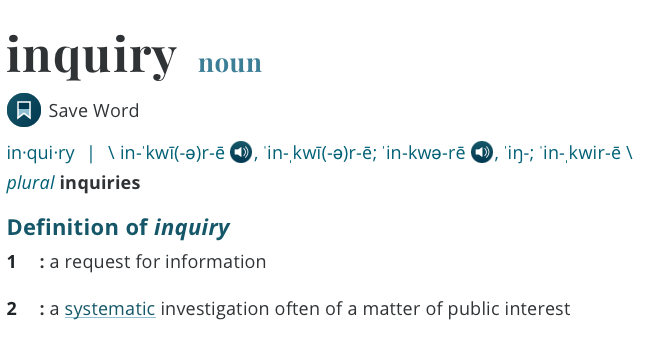 So I watched/listened to close to six hours of testimony from Workers’ Party Faisal Manap last night and this morning. It felt like my teeth were being pulled out – slowly. I guess Mr Faisal felt the same way given how he couldn’t understand the questions put to him by the Committee of Privileges, or was so overly cautious about committing himself in any way.

The first half of the interview was done by panel member Desmond Lee, who was the soul of patience trying to clarify the sequence of events that followed the original lie WP MP Raeesah Khan told Parliament in August about accompanying a sexual assault victim to make a police report. That was fact-finding.

Mr Edwin Tong, who conducted the second half, was more detailed, going into reasons and motivations. He wanted to know why Mr Faisal didn’t seem to have involved himself in the matter more, given his position as party vice-chairman and how the lie would affect the party image and the standing of Parliament.

The reason for the lengthy inquiry, which some likened to an inquisition, was, in my view, a reflection of Mr Faisal’s rather incoherent answers which he even acknowledged would defy logic. Panel members had to re-frame or repeat their questions – sometimes tying themselves in knots – to get him to affirm or deny a point.

There were times when I thought they were speaking at cross-purposes, especially when Mr Tong tried to get him to affirm that his own actions and those of the party seemed consistent with Ms Khan’s assertion that she was told to carry the lie “to the grave’’.

But Mr Faisal also showed some feistiness when he queried the relevance of certain questions posed to him, such as disclosing details of two earlier meetings with party leaders before the inquiry convened to see him on Thursday.

I have to reach for my favorite word these days to describe Mr Faisal’s testimony: befuddling.

This was August 8 when Ms Khan met Mr Faisal, Mr Pritam Singh and Ms Sylvia Lim at Mr Singh’s house to tell them that she had lied to Parliament about that anecdote. According to Mr Faisal, the meeting started with Ms Khan disclosing to them that she herself was a victim of sexual assault when she was 18. The disclosure shocked them. She started crying and they tried to console and calm her. After that, she told them she had lied in Parliament. None of the trio seemed to have taken up this point of what to do with the lie – nor was it disclosed if she had asked them what to do next.

Mr Faisal said they were overwhelmed by her first revelation. He himself went into “counsellor’’ mode, commiserating with her and suggesting a therapist. Mr Singh only asked if her parents knew of the assault.

Then the meeting went on to discuss another part of her speech that day, on female genital mutilation and polygamy, which seemed to have aroused a great deal of social media comment. The meeting ended with her being told to make a statement on the practices which she had criticised, which she did on her Facebook page later in the day.

The parliamentary panel made much of this part of his testimony, as Mr Faisal maintained that there was no discussion on what the party or Ms Khan should do with the lie at that time. Mr Tong said that this seemed consistent with Ms Khan’s own account that, on the point of the lie, she was told to “take it to the grave’’. And, that this was also consistent with how the party didn’t deal with the matter further, whether in discussions with party members or the central executive committee. That is, until the Government insisted on pressing the case.

Mr Faisal maintained that he had no involvement in the saga after that meeting. He didn’t discuss either the sexual assault or the lie with Ms Khan, or with anyone else. And when Ms Khan repeated the lie on Oct 4 in Parliament, he didn’t raise the matter with anybody either, not even to ask Mr Singh about next steps. In fact, when he met Ms Khan on Oct 7, they discussed an entirely different issue – how people would react if she donned the tudung. He said that they didn’t refer to repeated lie or whether to come clean.

Mr Faisal said his reticence was because he had full trust in secretary-general Pritam Singh’s ability to handle the matter. Mr Singh was closer to Ms Khan who had worked in his constituency and would advise her on the next steps, such as the right time to “come clean’’, he said. He also said he didn’t think it appropriate to raise the matter with Ms Khan, given its sensitivities. I am not sure if he was referring to Ms Khan’s own experience with sexual assault or whether it was about impact of having lies exposed.

In any case, “trust” was a word he kept repeating when panel members questioned him on his own responsibility as a senior WP leader as well as someone whom Ms Khan regarded as a mentor. But he maintained that even though the lie was repeated in Parliament, placing the WP in a difficult position, he still had faith that Mr Singh would know what to do. There was no need for him to ask Mr Singh about next steps because he trusted his chief, he said repeatedly. He admitted that his reticence would not seem logical to outsiders, but it was also illogical for Ms Khan, he said, to keep quiet about the issue with him, someone whom she trusted. (By which time, I want to throw up my hands)

Both Mr Tong and panel chairman Tan Chuan Jin tried to link his trust in Mr Singh’s judgment in this case, to other WP issues. Did he simply leave things to his boss as always? He said it was a “judgment call’’. Frankly, I am not sure if Mr Faisal’s general attitude towards the party leadership was relevant to the inquiry, although it would inform people’s opinion of him as a leader or a follower.

Disciplinary committee for who actually?

Mr Faisal agreed to come on board the disciplinary panel when Mr Singh asked him to. This was after Ms Khan’s Nov 1 “confession” in Parliament. He saw no conflict of interest that the members of the panel were the same three who had foreknowledge of the lie. It was irrelevant to the parameters set for the panel, he said, which was to investigate the lie. He stressed that the work was to start on Nov 2 with interviews with Ms Khan and any party member who had views on the matter. He didn’t see the need to bring up the Aug 8 meeting into the panel’s deliberations, nor make it known to members who might be giving views.

And that was where everything started going  in circles. He kept saying that there was no need to discuss her first Aug 8 confession, because they had not known that she would be accusing them of burying the matter at that time. In fact, he pronounced himself shocked that she would say that she had been directed to keep quiet when, as far as he knew, nothing of the kind was said.

Mr Tong, however, was insisting that the mere fact that Ms Khan was repeating the lie despite having come clean to them earlier, had a bearing on the results of the disciplinary investigation.  He quoted from Ms Khan’s assistant Loh Pei Ying’s testimony that she had told the WP disciplinary panel that it should disclose to members the “true timeline of events’’ so that all could reach an informed and fair conclusion.

But this “timeline’’, which would have involved the Aug 8 meeting, was not included in the panel’s report to CEC members, who then proceeded to vote that she should resign or be expelled.

Mr Faisal said nothing was disclosed because it was a matter of “trust’’ between the trio and Ms Khan. Under further questioning, he said it was “logical’’ that the earlier revelations should be made public, but he would not be drawn into saying that it would be “fair’’ to Ms Khan.

I found that quite alarming. So the three sat in judgment of their fellow member, while they kept the full facts from everybody else. I wonder what was in the disciplinary report which seemed to be in the form of powerpoint slides presented to the CEC on November 30. It would have been content that led to the recommendation that she be asked to resign – or be expelled.

If the CEC knew of the three people’s involvement, would the members have agreed with the penalties? One interesting point was that Ms Khan had an audience with the CEC too, but she did not raise the issue either. Nor did any CEC member ask if the party leaders were already privy to the lie.

What was new in the inquiry was the fact that the trio had met for 2 to 3 hours on Tuesday and Wednesday before the inquiry convened. Mr Faisal, who had his prepared notes at the inquiry, said he was there to clarify dates of events. He was asked if he had other notes to refer to, or whether the other two had notes.

This was where things got a bit testy. Mr Faisal declined to give more information on what was said at the meeting or whether the other two had notes. He could only testify for himself lest he mislead the committee by giving it wrong information. He was pressed quite a bit on this and chairman Mr Tan tried to give it some finality by noting that refusing to answer or not co-operating with the committee was an offence. He did not say so but it was a reference to displaying contempt of Parliament, which has penalties. Mr Faisal stuck to his guns.

As for why the committee was so insistent on an answer, Mr Tong said at first that it was because there might be other information that had yet to be put forward to the committee. Later, he said that he needed to know what sort of influence Mr Singh or Ms Lim might have on his views, before he went before the committee. It seemed evident to me that he was wondering if the trio compared notes with a view to settling on what each should say to the panel. In other words, to get their stories straight.

Will they get their stories straight? Mr Singh has been interviewed  by the committee. I wait with bated breath for the committee’s next special report.

PS. I am refraining from doing too much commenting….because who knows what tomorrow, or even tonight, might bring?