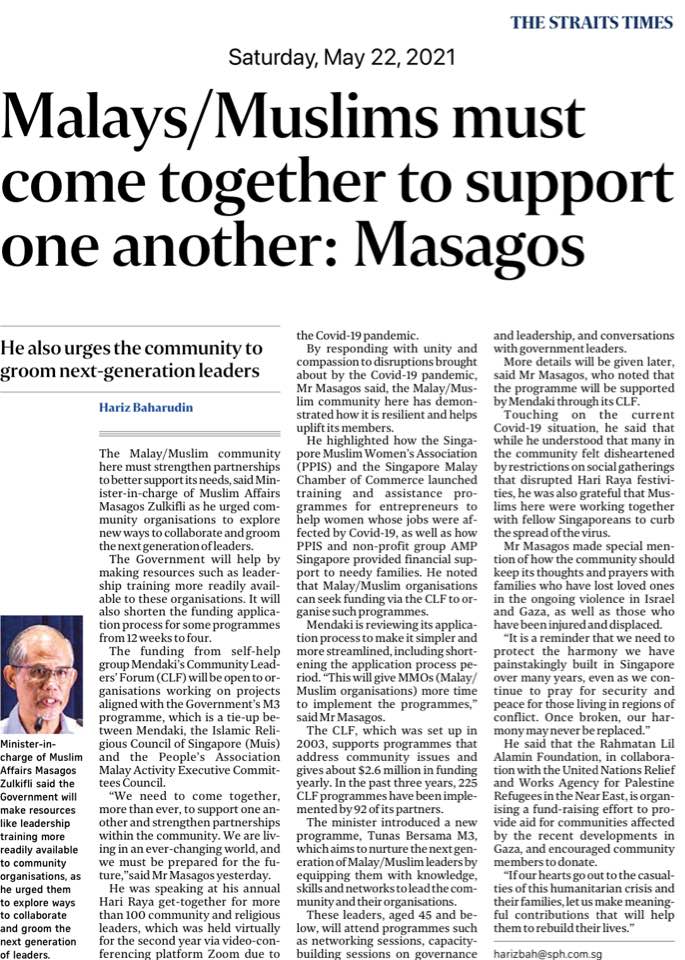 Was reading headline and thought – you mean they not coming together or what? Terribly written speech again angling on message instead of news. Looks like every single point in his speech was used. Where’s the editing judgment?

Isn’t the news really that Malay/Muslim groups will get the help their need sooner because Mendaki has cut down application red tape? So can get funding in a month instead of three months? And then summarise the rest and get the MMOs (new acronym!) to react to this move by CLF (another new acronym!)